Many thanks to you our active contributors for your feedback and proposals.

The download size of the update depends on the device type and on the OS version currently in the device. Some typical values are below:

The blog about Suomenlinna.

Jolla Phone is not supported anymore. OS release 3.4.0 was the last one for this device launched 7 years ago. The lowest supported kernel version of Sailfish 4 in the remaining Sailfish OS devices is 3.10. It is in Jolla C, Jolla Tablet and Xperia X.

Read this, please, to learn about the Sailfish X licence.

The supported Sony Xperia 10 models are:

The supported Gemini PDA models are x25 and x27.

Here are some of the key features contributed by Open Mobile Platform to the Sailfish OS:

Jolla appreciates the collaborative efforts of its partners and community to make Sailfish OS even better.

The list below contains examples of new features (and some bug fixes) added to Sailfish OS, compared to the previous public release 4.2.0. The release notes of 4.2.0 can be found here.

Sailfish OS Forum and T.J.C: Issues reported by the community and fixed in this update

The detailed changelog is here

We warmly recommend making some 3-4 GB of free space to the internal storage of your device ( /home ) before starting the update. Processing an OS update of almost 1 GB requires a good amount of work area. Move your pictures and videos to the SD card (or to your PC or cloud service).

This is the usual drill before attempting to update your devices:

Take a backup of your data before attempting to update your device and save the backup to an SD card or to some other off-device location (PC, your cloud service). Note that videos and images are not included in cloud-based backups. Do not reboot the device while the update is in progress. Do keep the phone connected to a battery charger during the whole process. The device screen may blank out during the update process; you may waken the display by a short press on the power key to monitor the progress.

For detailed instructions on updating software, read our help article in Zendesk.

Sailfish OS does not support downgrading. Never try to downgrade the OS as this would break your device.

After downloading an update and selecting “Install” in the pulley menu, the device runs a restart first. In the case of a device with the user-space encrypted, you will need to type the security code before the actual installation can start.

The apps below have been reported to cause problems when installing the previous OS updates. We recommend that you uninstall them before proceeding to the OS update. At least, read the recent comments on those apps.

Support for MLS offline data is available as installable apps in Jolla Store (see below). Install the data app of your area to make the phone get the location coordinates faster.

Recommended location settings on the phone:

and then start the camera again.

nice - I guess we have to wait a bit before seeing it? I can’t see it on my 10 II (I’m an EA subscriber) and asked someone else who also is, and he doesn’t see it either

The roll out is still ongoing. Xperia X has it already. Sorry, I published these note a few minutes unnecessarily early.
And this is for the Early Access subscribers.

thanks, and no worries, we’ll just wait

Once again I get a long list of packages I should remove or revert, as they could cause problems during update. With most of them it’s no issue, just removed them and (try to) reinstall later. However these packages claim to break the system if you remove them:

Should we just ignore the warning?

I would like to confirm, that I can now copy text from web page to clipboard with Firefox and Vivaldi browsers (and by extension, I guess many other apps benefit, too). Hooray, thank you so much for finally getting it working!

Likewise, sharing images and screenshots from Gallery to Android apps now works! This makes my daily life a lot easier, not having to jump through hoops to get images visible on the Android side!

Overall the system feels more snappy, which is a nice change, since 4.2 was a bit sluggish for me. Thanks for the update, more feedback to come

@jovirkku - could you elaborate a little on this particular comment;

Is this connected to a bug report by me for ZERO temps shown as ‘feelsLikeTemperature’ ?

@Edz
The bug report has this description: 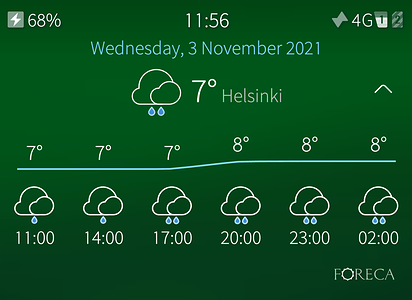 Ah, okay, I didn’t realise this was for eventsview weather, I don’t always have that enabled, so out of sight, out of mind.

Thanks for the clarification!

When an upgrade is found, the list of installed packages that would be affected by the upgrade (they will be upgraded or uninstalled) is checked against the previous repository contents. If any aren’t found there, then they are flagged as potential troublemakers and listed. If you know that you haven’t replaced any of those packages, then you’re probably safe to do the upgrade. It’s certainly safer to do that than remove Jolla system packages.

Why some people end up with so many unresolvable packages is still an open question. In 4.1.0 we introduced an extra step to refresh the old package cache before upgrade, in case someone lost the old cache for any reason. But if you’re still getting this now then something else is going on. Do you ever change your ssu or zypp config?

It seems that I removed too many packages, unfortunately. I would have expected that any crucial package is marked as a system package.
Anyway, the update failed. After the reboot moste apps didn’t start anymore. So I logged in via ssh and verified with version that I’m still on 4.2.0 and run version --dup that failed due to failing scriptlets of aliendalvik-control. So I uninstalled it via rpm -e --noscripts aliendalvik-control and re-run version --dup which installed some packages that I uninstalled earlier such as

Since the following reboot I’m stuck with the Sony boot logo.
Not sure how to get out of it.

I had to disable mobile data (I just enabled flight mode) to download the update. First try needed 1 hour to download less than 50%…

Hummm. Still no luck with the total ausence of sound in my Xperia 10 ii …

Update went smoothly in the first go. Switching from WiFi to Mobile Data and vice versa seems to behave a bit better but needs more testing to confirm.

Android apps can now be used to open files and web links , according to declared filetype, URI scheme and URL domain associations [beta]

Nice ! is that possible to set a browser by default ? or do we have to click each time on the browser we want to open the link with ?

Issues reported by the community and fixed in this update

Thanks fo the update!
This has also been resolved if the Tutorial can be obviously skipped now:

If one ever needed a blatant hint that the mandatory tutorial might confuse users in its current form. Have a look at yesterdays LTT Anthony Joung review of the pinephone. [A $200 phone that can do ANYTHING!!!] He obviously does not even realize he is in a tutorial (possibly being distracted by video production itself) and dismisses further testing all over

is that possible to set a browser by default ?

That is not supported.

Update didn’t work correctly on my end on an Xperia 10 II previously running SFOS 4.2. At the end of the update process I had an error message saying that the update couldn’t complete successfully and that I had to reboot my device. After the reboot, SFOS claims to be running version 4.3.0.12. At first I thought everything was fine after all, despite the error message, but then I noticed some applications refused to work. In my case: the phone application (I can’t make or receive calls), camera, gallery, media player, documents application starts but is empty.

Jolla shop tells me 6 updated applications are available (calendar, documents, mail, media, notes and Open Forti VPN) but I just can’t install them. Is the shop still online at the moment ?