Can anybody say me where the old entries from together.jolla.com are?
Do we have to discuss everything from the beginning again?

5 Likes
Takeover of currently existing errors (or questions) from the old forum
What to do with old/new bug reports? Usability of TJC
raketti 5 August 2020 07:31 #2

I think the correct answer at the moment is “on their way”, or “waiting to be transferred”. At least according to the blog post:

Over time we will migrate the content from TJC to the new Sailfish OS forum. The transfer is expected to be concluded during fall this year. 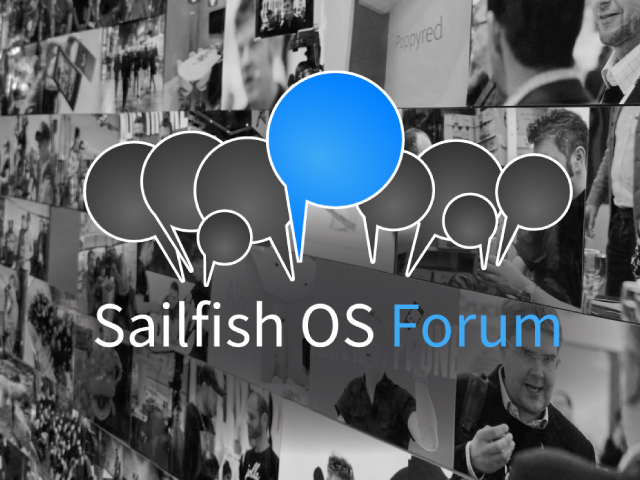 Your voice is important The together.jolla.com (TJC) website has served us well, with the first question inserted back in December 2013 just after we released the first Jolla smartphone. Since then it has been the place for discussion around Sailfish...

Yes, it should have been done before.

Nothing at Jolla HQ goes fast… so it will take months… besides I agree this should’ve been done directly when launching the new forum.

And just another user asking where are the old entries and creating a new clutter (unintentionally)?

I know, but it is an old thread on the old forum. There is no thread about this in the current Sailfish Forum, that is why I posted it here. Cordially

Yes, it was indeed unintentional. Sorry about that.

I understand from here that I was not the only one not knowing how the old and new forums were supposed to work together. When something new comes the old is normally obsolete.

I could not log in TJC anymore, pressing login/signup to answer gives Page not found.
So can’t continue discussions there.

Well, except for the announcements @raketti mentioned, I have not heard or seen anything in this regard.

The fact that Jolla announces the next hosting migration, reminded me of this one.

As usual, Jolla’s communication (or rather the lack of solid information) and actions taken (AFAICS, none, besides switching TJC to read-only a couple of months later) makes one doubt the stated intentions of these announcements more and more while the months pass.
Sad, each time again.

P.S.: “The transfer is expected to be concluded during fall this year.” That was in 2020.

I think the correct answer at the moment is “on their way”, or “waiting to be transferred”.

Well, looking more closely that seems to be unlikely.

Even though a couple of sailors sounded quite definite at the start,

Your voice is important The together.jolla.com (TJC) website has served us well, […]
Over time we will migrate the content from TJC to the new Sailfish OS forum. The transfer is expected to be concluded during fall this year.

Old topics from TJC will be migrated to the new forum later. Expected timeframe is within the next months. Until that the TJC will be open for discussing the already existing topics.

No information should be lost. We will migrate the old posts from TJC. There is no need to copy information manually.

I had severe doubts with regard to

Obviously this approach did not make much sense, while the opposite order would have:
Develop the tools, migrate the content, open the new forum with the old content pre-deployed, then close the old forum.
In hindsight I doubt, that there was much will to migrate, because no efforts ever became visible, but a will to create facts without much discussion and complaints from the community was clearly perceivable.

Also note, that the developer mailing-list was also closed (2020-10-06) and the Sailfish OS bug-tracker was announced to be closed, because this new forum is supposed to suit all aspects of community interaction with Jolla (which is impossible for a forum software):

We are focusing the Sailfish OS discussion to our new forum @ https://forum.sailfishos.org and so this distribution list devel at lists.sailfishos.org will be closed.

To me the whole approach appears to be an uninformed manager decision, implementing the idea to employ a single tool for all kinds of community interactions (bug reports, discussions, announcements etc.) and all kinds of community members (beginners, power users, app developers, OS component developers, infrastructure developers etc.), in order to minimise maintenance efforts as much as possible.
E.g., for bugs it makes much sense for simple users to report them in a general forum, but it also would make a lot of sense for Jolla to provide a developer, who has analysed the bug and knows which software component is buggy, to file a bug (maybe accompanied with a merge request) where the corresponding source code is hosted: This is why GitHub and Gitlab offer an integrated issue tracker, but Jolla switched it off for almost all software components (with exceptions).

Logically, this awkward approach created a lot of confusion:

Can anybody say me where the old entries from together.jolla.com are? Do we have to discuss everything from the beginning again?

What to do with old/new bug reports? Usability of TJC Site Feedback

@jollaadmin @all As the title says: what should we do now? Of course new bug reports should go to this new forum. But how should we proceed with old -not yet solved- bug reports on TJC? (e.g. setting-up-general-email-imap-smtp-fails based on TJC thread TJC is already closed (in contrary to the announcement) for opening new or answering questions. One post in 40 days only. Only commenting is possible. Will we loose all the information there, should we copy over all important info there ma…

Dear sailors, I have not yet fully understood how the continuation of the information exchange should be carried over from the old forum to the new one in the event of existing errors. Is it permissible to address the topic again here or should I wait until the old topics have been adopted? The topic that concerns me relates to the Android app functionality in the background and is a persistent bug on the Xperia X. https://together.jolla.com/question/227707/no-android-app-functionality-in-the…

Also Jolla discovered that the “one tool fits all tasks and all people” is not really feasible, but still has not altered the ill concept. Instead they deviate only where it hurts most: For example the extremely buggy “Sailfish OS browser” has an open issue tracker at GitHub, maybe because otherwise this forum would be flooded with bug reports.

One definite outcome is that most old and still valid bug reports at TJC are practically gone, because most users do not take the effort to search for bugs at TJC, anymore.
While this may look nicer at first sight (less bugs reported at FSO), nothing is gained (these bugs are still present in the product: Sailfish OS), but the bug reports and extant analysis of them are practically lost.

Still Jolla does not communicate anything about all of this, their perspective, the experience from their point of view, their plans how to resolve the obvious issues and mismatches, etc.:
As usual for Jolla, intransparency (or rather: opaqueness) is paramount!
This is why I praised @veskuh’s side note in another thread so much, because after months of silence, he provided at least a hint:

This would need a proper update on the related thread. To put it short: this has been on hold as it was more complicated than originally thought.

Well, this is the “related thread”, and by denoting “this has been on hold” he is stating the obvious (because obviously nothing happened).
Listening to Jolla’s euphemisms for 8 years, this reads as “we decided to do nothing” for me.
But unfortunately (or maybe “expectedly”) no sailor has ever posted something at “this related thread”. I sincerely hope this may change, and it does not need to be a full “proper update”; simply addressing the two most crucial points at the end of this post would suffice.

I still do expect Jolla to clarify how they intend to proceed, as it has become long obvious that no migration of the content at TJC is happening anytime soon.
I also would like to see some adjustments to the “one tool fits all purposes and people approach”, which has shown its limitations (as expected).

Specifically, I ask Jolla to clearly state that:

I also ask Jolla to open the issue tracker for all sub-projects at Sailfish OS · GitHub, because filing bugs at developer level (with proper analysis, knowing the affected component, and maybe accompanied with a merge request) does not make much sense in a user-oriented forum, which FSO factually is.
The current approach only clutters this forum with entries incomprehensible for non-developers, and loses synergy-effects due to the integration of tools at GitHub, while Jolla already deviates from the original approach for the “Sailfish OS browser”, which is inconsistent.

Most important to me is to receive any contentual reaction from Jolla (i.e., by a sailor) at all!
Staying mum about almost everything, which is not a positive announcement, is a strange policy, which has resulted in lots of negative perception and feedback (since 2013!), but a true constant in Jolla’s communication strategy.

E.g., for bugs it makes much sense for simple users to report them in a general forum, but it also would make a lot of sense for Jolla to provide a developer, who has analysed the bug and knows which software component is buggy, to file a bug (maybe accompanied with a merge request) where the corresponding source code is hosted: This is why GitHub and Gitlab offer an integrated issue tracker, but Jolla switched it off for almost all software components (with exceptions).

While not optimal, i can’t help but sympathise. Good luck having users self-qualify as “simple”.
As you know merge/pull requests are still open and does not need accompanying issues.

I have the impression many SFOS users are quite happy to drop the bugs they experience at a general place for this (i.e., here at FSO in the Bugs section), instead of having to determine first, which component is affected.
Actually only few bugs were filed at git.sailfishos.org, so I do not understand what you are arguing for.

As you know merge/pull requests are still open and does not need accompanying issues.

Well, the number sub-projects with open issues is larger than I initially thought (larger than 5), so this is simply inconsistent.
And is is a good practice to open a issue, to describe an discuss it, before opening an merge request (which might solve it).