hi is there customization in sailfish os
i mean like android has custom icon packs ,custom widgets , custom fonts … etc
ios has these features as well ( after jailbreaking )
and linux desktop environments can be customized with icons , fonts , widgets …etc
does sailfish os have anything close to this ?
i have browsed the openrepos website and didn’t find any thing

It could be possible, but as far as I am aware it is not possible. Maybe you could try editing the .desktop-Files to change the Icons of an app individually

There was an app on openrepos called “Icon Pack Support” but the author pulled it and is no longer active in the community.

Patches for Patchmanager are a way of “customising” your SailfishOS experience (please read the documentation there thoroughly).
DIY (as mentioned by Edz) is another, e.g., in configuration files.

“Homescreen Widgets” wouldn’t really work, since SF “homescreen” is just a collection of open app cards. There was an attempt at one point to head in that direction, but didn’t really go anywhere (Lockscreen widget manager | OpenRepos.net — Community Repository System and others by @anig). I don’t sense there being too much interest among SF users…

As for icons, fonts, tweaks, etc., it’s wide open, even well beyond Android, etc., because you’re not dependent on specialty decode/rebuild tools, signature verification, etc., but you have to just do some research and some work of your own.
Theres:

Don’t know if I’m even suited to answer this question, but in the beginning of Sailfish OS I had the same issue. I wanted to change some icons/sounds/backgrounds and what not, according to my own wishes. This is what I did…

First of all I localized all the files I wanted to change, then I upload all the replacements and also replaced them.
After a while, I realized that all replacements were restored with each system update and that I have to redo the replacements every time I update the system.
After this insight, I simply created an rpm of all the changes, so now I just need to install my custom rpm after each major upgrade.

I also should say that this is an ongoing task, I have to recreate my rpm now and then.

ok thanks for your reply so how often do you need to recreate the rpm and did you get the end result you wanted
how much where you able to change the icons , fonts … etc
and do the patches get restored from updates or no

Sounds like a complicated way of accomplishing what patchmanager does?

I have three rpm’s until now, one for each hardware (JP1, JollaC and XperiaX) mainly because of icons different directory. The result is exactly what I wanted, changed/replaced as much as I want.

@xmasjos Why is an rpm more complicated then a patchmanager patch? I think it’s about the same amount of work. Besides that, I don’t think patchmanager existed when I first started this.

I personally haven’t done much more than replace a few featured icons and added some personal ambience’s with their own notification sounds, but that’s not the point, the point is you can do what you want and add it to your rpm or patchmanager patch.
My ambiance’s is installable from OpenRepos, this and two more.

ok thanks
i will look into it

Wrt. Fonts, the regular Linux fontconfig stuff applies, so you can install fonts to ~/.local and use fontconfig files to apply them.

This is not exactly trivial, check out the Pixelperfect project on github for a starting point. 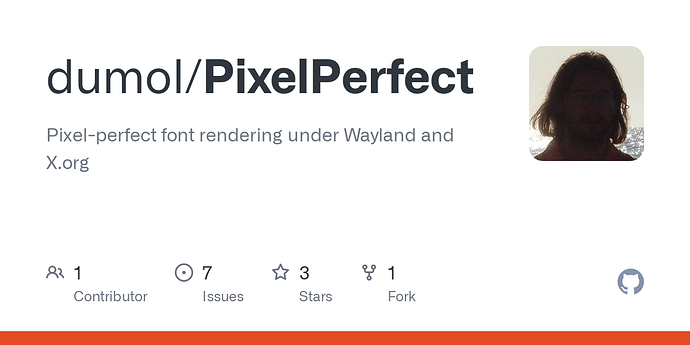 ok i will check it out thanks

Do not hesitate to ask (after searching of course), in this community there is always people ready to help.