usually , the banking software for eg. , are programmed by the banking institutions themselves, not jolla. it’s not jolla’s responsibility to program software for their OS as it’s not Apple’s to program software for iOS . i believe if sufficient requests are done they will do it. hoped that once the Russians joined the Sailfish world the software would start to appear like mushrooms after rain. didn’t happen. i am questioning myself what results Jolla’s BRICS stategy will produce ? it seems everything else is struggling seriously to get a market share, samsung failed with tizen, Blackberry with Bb10, no other choices than Ios and Android, which are massively breaking any intimacy rules.

My point exactly. Sailfish will likely never attain sufficient market share to make it commercially viable for banks, or any other organisation, to provide Sailfish versions of their apps. Blackberry, with all its resources, couldn’t manage it, so a tiny Jolla certainly won’t. Hence specialist native apps like banking apps are probably never going to happen.

Sailfish is a hobby OS for enthusiasts and likely to stay that way. In my opinion if they try and compete with Apple or Google they will fail - whereas if they stay small and niche they will probably survive and thrive.

Only once or so in a generation do you get a ‘breakthrough product’ in a particular market that drives a paradigm change - the iPhone was one. It made the old Nokia and Blackberry physical keyboard phones almost redundant overnight - those huge market dominating companies didn’t see the change coming and didn’t change fast enough when it did come - so now they’re mere shadows of what they once were.

Sailfish is a great OS, but it doesn’t represent a paradigm change of the scale above. Its not a totally new way of doing things that completely trounces what the market leaders of Apple and Google are doing. Its actually just more of the same to most people - just a bit better here (e.g. user interface) and there (security perhaps) and worse in others (lack of apps).

Even if every one of Russia’s 146 million people ran Sailfish that’s still a drop in the ocean when compared to the current estimate of 5.2 billion official Apple and Android users across the globe. So whilst Jolla got a good set of contributions and resources from the Aurora collaboration, it was still nowhere enough to put them on a par with the big boys to compete with them at their own game either.

So no paradigm change and no ability to compete with Apple and Google at what they currently do.

Hence, probably a niche and enthusiast product forever - but that’s no bad thing either.

would a hobby OS for enthusiasts have a BRICS (Brazil, Russia, India, China, South Africa ) market strategy ? i, for one, seriously doubt this. their intentions are way beyond this…
we know Russian programmers are good or very good. 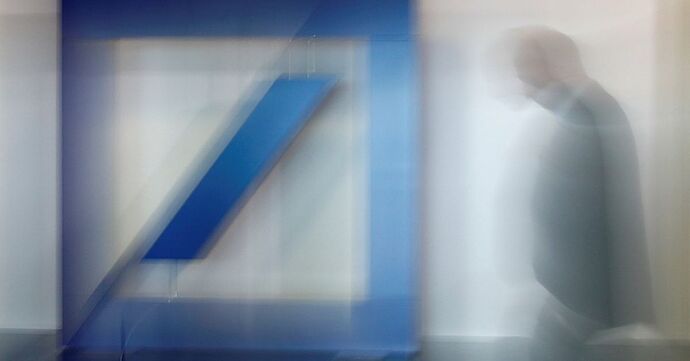 Deutsche Bank has relocated several hundred Russian IT experts to Berlin, offering all employees of its Russian tech center a job in Germany, the Handelsblatt newspaper reported on Monday, citing sources close to the matter.

it would’ve been enough for sailfish software development, even for a global market. sin they chose to close the development only to government institutions.

would a hobby OS for enthusiasts have a BRICS (Brazil, Russia, India, China, South Africa ) market strategy ? i, for one, seriously doubt this. their intentions are way beyond this…

Having a strategy is one thing, successfully delivering it in a commercially viable way within a reasonable timeframe is quite another.

why would a hobby OS have such a strategy ? if they do, they are not a hobby OS aren’t they ?

Come back here in a few months, or years, or decades time - when Sailfish has a significant and competitive market share to ios and Android in Brazil, Russia, India, China, South Africa etc, with a mature and fully developed range of native apps which make any use of a competitor operating system such as Android or ios unnecessary, and I will agree with you wholeheartedly and proudly that Sailfish OS is no longer a hobby OS for enthusiasts but a proper commercial alternative to the current duopoly across those regions.

Until then its all just hopes and desires and things written down on bits of paper.

As long as it is necessary to flash the OS by ourselves, Sailfish cannot compete with others. When Jolla 1 came out there were high expectations of becoming a third smartphone brand that everone could use. The business model that we see now (adaptation of the OS to new Sony models and flashing with a license) is not attractive enough to optain a large market share.

the installation is not for anyone. this is making things even more complicated. i had my Sony in one hand and i thought I’m tired of all of this, so i gave up on the installation. i didn’t want to go through what i been through with BB10. this and a few other reasons… but this too.

Flashing an officially supported Xperia device is as simple and takes as much time as posting this reply. Don’t try to tell people it’s something that takes some special skills.

I get the feeling everyone’s a bit confused here. That isn’t a Sailfish or AOSP issue, that’s an issue with Google’s own proprietary SafetyNet. If you so happened to disable Google services on an unrooted, unmodified Android-powered device (even the Xperia 10 iii where I’ve disabled Google and its services, and only have it signed in under a work profile) you’ll experience the exact same issue where those apps consider the device unauthorized. This isn’t a security issue, more an authentication issue, where it expects Google to be working, but it isn’t, and that freaks it out. My banking app, downloaded through Aurora Store, did not work outside of my work profile because I disabled Google services.

I agree with WedgeStratos. In my case 2 of 3 banking apps work with Aurora store.
→ Perhaps a list of supported banking-apps could help in future (something like VoLTE-list)

My personal work-around for the next time:
I only have two important apps, that actually don’t work with Sailfish. I need them once a month or once a year for authentication. In this case, I use a usual Android-tablet of our family. And hopefully it will be possible to do all things on Sailfish in future

With 4.4.0.68 now all three of my banking apps (Germany) and a further insurance app work.

I can confirm this. Just updated to 4.4.0.68 Vanha Rauma. Now the app is running and I was able to log in. Bookings I have not yet tried, but think that works then also. It was yes the rooting problem.

It is true that now no app complains about a rooted phone, that is awesome. But unfortunately I still have one app that refuses to work - mObywatel - Polish government app for documents like id, driving license, car registration, covid certificates.
It still says that my phone is using encryption and asking me to disable it, then it shuts off… Only other reports of this message I saw are Samsung Knox users.

You are complaining in the SFOS Forum that your phone does not give the app of your rulers full access to your phone? What about writing the gov instead of here? They are the one living by stolen.money by extortion, not Jolla.

Just pointing out that compatibility layer on SFOS is still not quite the same as just running Android, even AOSP.
But yeah, I know it is the issue with the app creators putting up arbitrary barriers, and I definitely don’t like the current government either.
It is just a pity the app doesn’t work, the only reason I had to carry my old Android phone for last year.

I have more problems with AOSP without GServices tbh, SFOS never complained about missing GSF (maybe it is partly included) in my case, but I don’t use much Android stuff and for dealing with our enslavers (gov) I went back to letters by real mail. A demand to remove encryption is quite harrassing imo

Would you mind opening an extra anti government and conspiracy theory thread to enlighten us somewhere else? This seems rather OT.

What about writing the gov instead of here? They are the one living by stolen.money by extortion

for dealing with our enslavers (gov)