If you restart your phone, wait 1-2 minutes and then open the Camera, how long does it take in this case?
(just trying to narrow down why/when it happens)

Same time, 7-9s. Currently happens every time but is slightly faster if I shut and open the camera several times. There is sometimes 0.5s green coloured display straight before the viewfinder appears (just to inform if you gather more details).

Viewfinder is also black after taking the picture and viewing it with left-to-right-swipe and then returning to photo-taking-mode in camera with right-to-left-swipe. Screen is then black 2-4s before viewfinder appears.

Same on my XA2+.
If AlienDalvik’s running the camera often refuses to start at all, but that seems to be another issue.

…
If AlienDalvik’s running the camera often refuses to start at all, but that seems to be another issue.

Which is the case since at least SFOS3.2

Guess I posted on TJC a workaround with qCommand but even this fails sometime and stopping AlienDalvik most often works. But also sometimes only a real reboot or at least restarting user session helps. And then the situation is gone :(:(

For the record:
on my X the camera works as normal on 4.2

it seems a bit faster, about 5secs

Thank you; it happened to me the same issue described here when upgrading.
So, finally, I realized some package did not complete the upgrade: I simply executed version --dup to finish correctly the update (around 30-40 packages) and the camera now works.

Yes.
Maybe it is some new functionality, not a bug? Notifying about 4:3 ratio?
(set it to 16:9 in settings-apps-camera and the green bar is gone)

I have the same problem of a slow starting camera on an XA2 on the official 4.2 release (not EA).

I had not seen this issue on the forum so it took me by surprise when it first happened today and the moment for the photo was lost (no big deal in itself).

I’ve just timed it and it was 7.6 seconds from tapping on the camera app icon to being able to take a photo, but nearly 5 of those seconds was the black screen after the app had loaded and before the screen came up with what the lens was seeing.

This certainly is a regression from 4.1.

So I guess this wasn’t fixed between the EA release and the official release of 4.2 and we’ll have to wait until 4.3 in a few months time to see if it is fixed there.

Any hint/workaround on this one? I pisses me off every time that I need to wait ~10 secs when I need to take a photo…
I have not had such an annoying issue with SailfishOS since the Aqua Fish camera focus was ticking by itself.

Get used to it.
Wait 4-6 months.
And hope for a fix in next release…

Use an Android App. These tend to be somewhat faster.

Take your time, think about the picture, choose your motives wisely. 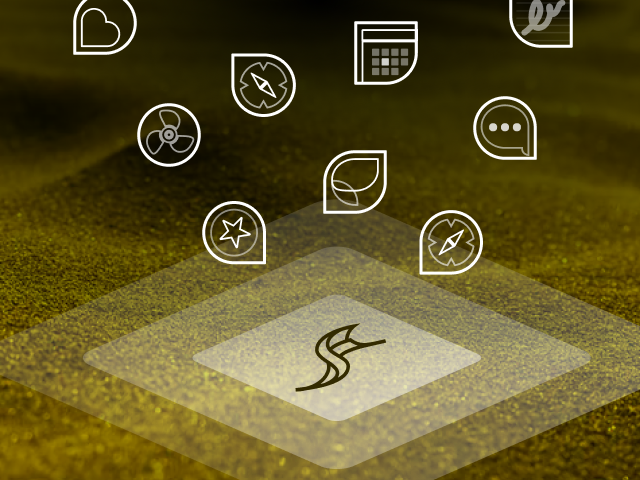 What's up with Sandboxing? | Jolla Blog

In February 2021 we released Sailfish OS 4.0.1 Koli, which introduced a new concept into the OS: Application sandboxing. For the device user, the sandboxing is mostly visible in the permissions dialogs,  displayed when a...

Slow loading time of native applications is caused by sandboxing. Every sandboxed application needs to load their own copy of libraries, which results in longer starting times and increased memory consumption. Issue is said to be addressed in future release 4.3 and will cover selected jolla apps.

I do have to wonder about the whole idea of libraries. If every app needs a separate copy of libraries, it’s just going to be a whole lot worse than totally static compilation of programs.

It seems to me that full static compilation actually results in smaller faster programs, that are less brittle with time and OS version changes. Shared libraries seem to be something that is only beneficial in theory, but all downside in practice.

And that’s before sandboxing…

Did anyone have experiences with the 4.3 EA?

I am not dare enough to update my daily driver XA2, but this issue is really, really PITA so I might reconsider living dangerously this time…

Many thanks for checking it, and I am very disappointed to hear your results