Plea for official statement from Jolla

I always viewed this partnership/ownership as problematic not because of moral issues but simply because Russia is so associated with surveillance and control. Precisely the thing we’re trying to avoid as users, otherwise there are other great operating systems out there. So at the very least, this partnership kind of undermines the image Jolla is trying to project. Would be much better of and “trustable” without it.

and back on subject, the stance of jolla had some press coverage

Jolla's board chief says that the company needs to get rid of a Russian ownership stake in order to thrive..

I do not know that relationship details, but it was the only way to keep jolla alive then.

Can we please agree that both sides are at fault! War is never a solution, and while Putin has his points with some neofacists on the Ukrainian side the other side does also consists partly out of ultranational Russian’s, which is better by no means. I hardly believe either sides people are supporting their governments in this actions.
However, it is surely wrong to attack an entire, independent country only because of some racists fighting some racists - this is rather because of Putins obsession for the Kiew Rus, and, honestly, the entire developed world is isolating Russia for this step and that also really hurts because all Russians (but also all Ukranians) I got to know were all beautiful people:(

Sad to say but only in hardship times people are forced to throw off the masks. It were better we always communicate mask-less.
How to communicate with a person who believes in lies and tries to enslave you and kills you, at the same time telling he liberates you? Persuade by force him back? Or how?

This is rhetorical question. Thanks for everybody who wrote here their thoughts. 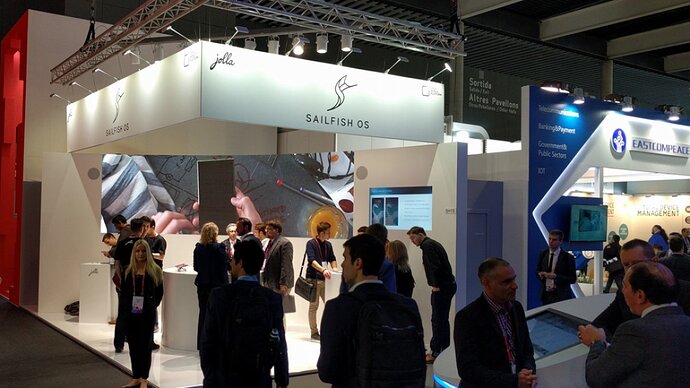 For the third time: may I please have an up-to-date list of names of Jolla’s execs, members of the board, and its current owners? Some trustworthy (possibly official) and up-to-date source, not unreliable websites quoting outdated information from 2014 or 2018. Thank you.

Can we please agree that both sides are at fault! War is never a solution, and while Putin has his points with some neofacists on the Ukrainian side the other side does also consists partly out of ultranational Russian’s, which is better by no means. I hardly believe either sides people are supporting their governments in this actions. However, it is surely wrong to attack an entire, independent country only because of some racists fighting some racists

Couldn’t agree more with every single word you wrote. The sanest post in this thread.

And here we are.

My goodness, this discussion is getting weirder and weirder. We all just bought a license for a few paltry bucks. That’s all!

Jolla has published a statement and anyone who does not agree with this can set an example and delete SFOS.

when internet was invented, people said it will help to make us better informed and more intelligent
… and here we are

well they said the same before about tv

It’s a nice gesture, but framing something as “Let’s stop this, but let me just add a bit of my personal perspective and stance in the end…” (not that I do not share it) doesn’t help as it provokes a reply

So, I’d reduce it to just this: stop doing politics here.

you are right. sorry

After the bombing of Babyn Yar and all the other war crimes that are committed in Ukraïn and undoubtedly will be committed, I do not want to see any Putin adept on this forum. This war is not a point of discussion, it is a fact. Hereby I ask the moderators to stop this subject.

Children are being slaughtered by Putin’s goons and we are supposed to stay calm and just accept this thread being hijacked by the Russian propaganda brigade, telling us they are in fact the good guys?

I think leaving misinformation unchallenged would leave the false impression we may somehow agree with it. There are times to be impartial but I think this time has long passed.

For me it’s hard to belief there are still many Russian’s really supporting Putins actions. However, I also have to admit that I don’t know the average Russians, but the the people traveling and those are probably pretty much against Putins actions, since they won’t be allowed to travel any more (except to China or maybe Syria).

First Nokia was destroyed by MS, now Jolla being affected by this whole American ‘woke’ mentality will be destroyed, too.
Some people just don’t learn.

While I generally agree in the role of US-business entities, namely Microsoft, in destroying Nokia it is clearly Russias fault, namely, the Russian governments fault causing financial issues to Jolla this time.
Just because the rules of the market are quite tough doesn’t justify blaming anything on America.
While the Russian media is adviced to still call the war in Ukraine an ‘operation’ (LOL), they at least call it an attack sometimes - and most parts of the world agree it’s an unjustified attack. I don’t get the point why some people, especially Russians, are still supporting Russia for this actions, since it’s the Russian people who won’t be free in travel any more, or free in buying whatever suits their needs. I’m not saying Russia will become a second North Korea in terms of availability of goods, but changes will probably be pretty tough and also affect the daily way of life.
But maybe I’m just an idealist who doesn’t find anything in nationalism except for supporting my team in the soccer worldcup (where the Russian team will also be excluded). If you think it’s really worth it… poor you.

(it’s your opinion, but) And before that Jolla, when it was on a brink of collapse, was backed up by that same government. But you don’t want to remember that, do you?

This thread is closed.

We have received several requests to close this thread, as the discussion is becoming more about politics than about Jolla or Sailfish or anything related. You are more than welcome to continue the relevant discussion for example here: Jolla urgently looking for new ownership - #8 by David. We kindly ask you to leave political statements, discussions and debates for other forums and keep the discussion civilized and relevant to the item in focus. Thank you!.