Plea for official statement from Jolla

I think it is time to ask now, when Russia invaded Ukraine. I have always loved and used Sailfish OS after the Symbian OS went to history.

My conscience was uneasy since Jolla OY started cooperate with Russian government owned company. Now I ask for clear statement from Jolla. I think Jolla OY has considered long ago the scenario if the sanctions against Russia were implemented. I hope the sanctions will be implemented. What is Jolla’s plan in this case? And if there were no sanctions, what is Jolla OY own position now?

I know that commercial competition could be fair or could be unfair and every business company seeks to survive. War is never fair.

I am regular Jolla’s customer who has bought two phones and several Sailfish OS licenses for myself and family members. I would like to continue using Sailfish OS with easy conscience.

Disclaimer. I have nothing against Russian people. I wish them endure and outlive their state regime.

EDIT: the another more elaborate answer: Plea for official statement from Jolla - #81 by briest

thank you for asking this question

My opinion is that a company should never -i mean NEVER- be involved in politics, any form of activism, social causes no matter what the owners, investors etc beliefs are.

And i hope jolla does exactly that. Their sole existence is about delivering a product. And everything should start and end there.

Russia -no matter who governs it- will continue to be a country with state owned companies and the same goes for any other country.

So if you don’t like who governs your country -whatever that is- its your job to get it fixed. Not a job of a company. So better stop asking that from companies.

While I am interested as well how this will affect Jolla, I presume it is too early to tell.

I’d also like to remind everyone to keep politics out of this thread. Let’s stick to the technical facts. No need to accuse anyone of anything or otherwise discuss who is at fault for what. I don’t think this is the right time nor the right place for that. Keep it civil, thanks!

It’s not the easy now. Probably not even for Jolla. I hope that we see that any war involve killing. Any death touch us all. We call ourselves “evolved species” sometimes. Sometimes I do doubt that.

My opinion is that a company should never -i mean NEVER- be involved in politics, any form of activism, social causes no matter what the owners, investors etc beliefs are.

Sometimes it’s not ethical to do that. This is example only and not a real case! Suppose I have a successful company which main product is cryogenically cooled IR cameras for industrial and science use. Suddenly I receive a huge order from nondemocratic, military aggressive state for cameras in earth to earth rockets. Delivering the cameras while knowing that our product will be involved in heavy killing is something I personally don’t want to do even if very high profit is clearly there.

I still hope the EU doesn’t consider Jollas business with Russia of high importance, since in Europe Jolla is far from a global player, and even though I’d consider SailfishOS as the successor of Nokias MeeGo, thus Nokias software branch, barely anyone knows it. AuroraOS is also very well hidden with its Russian-only website and devices only for governmental usage but no public availability - the EU most likely will not take any notice of this deal at all.
IF they would, and would eventually stop the deal, Jolla would probably get in big financial troubles again. Plus, Aurora would probable just keep using and developing the OS, just their enhancements wouldn’t find their way back into SailfishOS, therefore it wouldn’t make much sense anyways.
As Finland is not in the Nato I’m not sure if they will participate in EUs sanctioning politics as all.

I might have asked this question privately through Jolla’s Zendesk. Its important personally to me. We can’t avoid politics in our daily life, even not choosing Android or Apple for some users of alternative OS’es is a political choice in a way. Things for different people are of different importance. Some are concerned about their participation in environment degradation, some are worried in company’s attitude to their consumers privacy, some are concerned about children labour to produce the things they use, etc. – these are all political questions we answer for ourselves.

For me cooperation with present Russian government matters, and I asked it publicly, because I thought it could also matter for some other users of Sailfish OS.

I am strongly encouraging this need for clarification.

I’m not sure I understand what is being asked here.

It can be one of two things:

So again, what exactly is expected, and how would that benefit Jolla or the community?

Jolla, a double-digit Russian investment, cooperating considerably with the RU telecom sector and proudly RU government’s vendor of choice : Considering foreseeable technology sanctions : any outlook maintaining the development of a modern, state-of-the-art mobile OS ( without the Russian contributions ) ? How well secured the continuity of ownership / funding ?

Directly from the crossroads, way back in 2015 :

Link : Jolla is back in business! | Jolla Blog

Android and iOS have way more features and compatibility. There will be many that are using SFOS purely for its tech and UI, but many will also be using it as activism as well, in order not to create profit for Apple and Google (if not, these people would be using Android or iOS instead, as it’s been proven it’s more stable and has more features, so someone that is not interested that much in tech would prefer that). Personally, I’m more the former than the latter, but I also understand that there’s a need for Jolla to clarify things, since they do their own small share of activism (privacy, freedom, alternative to the duopoly, etc). As someone else said, they are not working for Russian companies (no problem, Russians ≠ Russian gov, it seems), but the actual Gov or gov owned companies.

AuroraOS (i.e. russian SFOS) may not be a global player, but it is a non-Android/non-iOS (i.e. not US—based) system, which is used by the Russian government (not sure to which extent though). And this is, unfortunately, what makes Jolla to be a potential target for sanctions/embargo.

What you say with “AuroraOS is also very well hidden with its Russian-only website and devices only for governmental usage but no public availability” is exactly why possibly the EU/US are well-aware of the situation.

Unfortunately, if history has taught us anything, is that companies related to any technological field will have to be somehow involved in politics either willingly or unwillingly…

I though Jolla (and it’s users) were always against anything like this.

First Canada freezing accounts of political dissidents, now Russians being barred from online payments.
Is this situation somehow designed to be an add for Bitcoin?

Even a company with Russian founders and its majority of employees in Russia posted an anti-war statement. 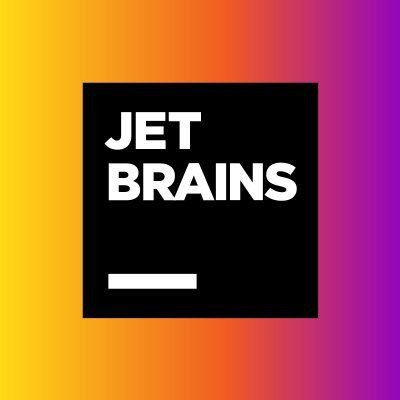 As JetBrains we condemn the attacks taking place. Our hearts are with the Ukrainian people, including our own colleagues and their families.
Seven.of.nine 25 February 2022 12:33 #21

SFOS is a phone OS and not a gun, a tank or a fighter jet. So in the spirit of peace and international understanding we also should stand together as a community and not contribute to separation of mankind.