There was a lot of discussion on the telegram group Sailfish OS Fan Club regarding ported devices, in particular the tama range, including the xz2 compact, which appeals to many who don’t like big phones. The port is fully functional but if you want alien dalvik you have to transfer files from an existing licensed device…which is an expensive workaround. The request is that Jolla sell licenses without support (no promises, customer’s own risk) for such unofficial ports. This is not a huge market sector but would cost Jolla nothing (?) and show its support for devs and porters. 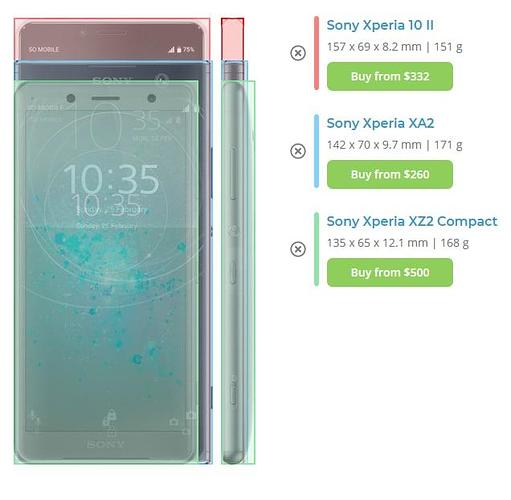 western people are so law obedient, sometimes it hurts.

just pirate it already / get apks from your own xperia / somebody with xperia.

Something like this was mentioned by Jolla a few times in the community meeting. They are looking into providing that, but there is no ETA.

The chances would be to increase the number of fully operational SFOS devices - even if the hardware adaptaion is done by community porters instead of Jolla.

I only can imagine that Jolla is reluntant because they might want to avoid disappointment due to potential incompatibilty between the individual port and for instance Android support.

Maybe the great port of Rinigus wrongly suggests that using Jolla’s Android support would always work flawlessly with any community port. It would be way too much if Jolla would have to test a community port for compatibilty with Androis support.

Pirating is what is already done - paying for an otherwise unused license is, however, fair. So for me it is less a question of law but rather a question of fairness.

In case of Tama, we will soon have to face the question on whether we switch to aosp10/aarch64 or stay on aosp9/arm32.

Started working on the port again and got to the stage where I can’t improve it further much. Would have to test now more and then proceed from there.

So, in Tama’s case, maybe we can wait a bit more until we decide on AOSP base.

The camera is the main issue with the aosp9. And afai understand this can’t be fixed without moving to aosp10.

Well the two main packages, most unofficial ports, would like to have are

Maybe the license can be split, Exchange should be a low risk and very likely to work without any issues on most unofficial ports. AD might have more specific dependences. Both can be sold as is without liability from Jolla to simplify things, although I might sound very naive saying all this.

Both can be sold as is without liability from Jolla to simplify things, although I might sound very naive saying all this.

When people pay for something they expect to have some sort of support for it. The payed “as is” doesn’t describe what i would call a nice customer experience.

well if you ask support for an unsupported device then the answer will be no or expect a very high fee to cover the costs.

Your comment is spot on - just imagine someone buys a license for android support only to learn that the specific community port does not provide the necessary dependencies.

Well, people ask for support nevertheless and later on complain that they did not get the support they asked for - so while a simple “no” would be the right answer, it might not do it

It could be only for “developers” similar to Early Access of new versions of SailfishOS. Maybe price should be lower than the full support for Xperia X/XA/10/10II or “name your price” with some minimal limit (e.g. 29.90€?) if it is only license for android support, MS Exchange, predictive and nothing else without any guarantee.

Sorry. I am working as an IT consultant in an high risk environment. Licensing your software is a matter of legal and technical risk management.

BTW it is always a matter of a contract. If it says installation on unsupported devices is permitted on own risk and without warranty, it would be perfectly ok - so that if you want a smaller devices which would work with dalvik - you pay and try your luck.

I said before, it is a matter of risk management. If your job involves the use of unlicensed software your idea of professionality differs from mine and the idea of my employer.

As I pointed out before, our employers might see things different.We sure do and so might others.
Let’s not bore them with a pointless discussion on wether it is legitimate or not to prefer proper licenses.

If your job involves the use of unlicensed software your idea of professionality differs from mine and the idea of my employer.

First of all it is called personal attack, because you use the pronoun “you”, so I feel personally asked to response.
Second I do not understand what the Sailfish license has to do with your or my employer.
Also about licensed software in my job … guys … where are you coming from?
You have no idea what my job is and what role software and licenses play in it.
Neither you have any idea what professional means.

Please, imagine even for a second that all you say is wrong and think twice before you say it - because it matters only in a specific context and I am trying to define this context here.
I also think the whole topic is dedicated to defining a context where a adpk license can be used on unsupported phone/hardware.
If you do not want to use license on unsupported software, it is your business - where you work and what you do - is your business, but your opinion on the topic is completely off-topic.

Jolla in the past was heavily criticized with the tablet, and lately with Xperia X not upgrading AD. Maybe a developer license with limited libility from their side, similar to JollaC license could be possible.