When connected to OpenVPN the GUI tends to freeze randomly. Just prior to that happening the screen turns on and shortly after off. I can turn it on by pressing the power button, but cannot clean anything although it vibrates as if there was keyboard. The only thing that can be done is to long press the power button to restart the device. This happens already on vanilla SFOS with no additional apps installed.

This happened at random times: just after a phone call, when using an app, when the phone was unused. The only thing that was in common during these freezes was that there was an active OpenVPN connection. The problem does not occur with OpenVPN not used.

I suspect that it is related some network changes for two reasons:

It is actually a severe problem as I may not realise that the phone froze for several hours especially when OpenVPN is used for extended periods of time.

The phone does not freeze.

I can provide the logs if you tell me what is needed.

Had similar problems. I saw that a frozen screen often comes back from itself after waiting abt. half a minute or few minutes, doing nothing. Maybe some processes of the phone run into a mess in some situations and block the UI for some time.

I am afraid that in my case the frozen screen never recovers as the clock displays the time when the screen froze and one time I realized after 12h+ that it is frozen. The other times I realized within few hours or minutes, but the phone never recovered.

Same here, same device. I did not recognize that it is corelated to OpenVPN up to now, but of course I have VPN active, so this may be plausible.
I wanted to post the issue and took a screenshot, because I thought it is related to the website I’m opening. The screenshot was taken, also there is no visible popup. After reboot, I saw the screenshot and it shows homescreen! Like the frozen screen is only a grafic issue and the phone is still working in the background.
Can someone confirm this when it happens again to you?

@SaimenSays : Yes, in my case the phone was always still working in the background. Pressing the power button twice and put finger on fingerprint sensor always did defrost the screen.

edit: Please ignore! In the mean time I found the ‘real’ defect. See below.

@Seven.of.nine In my case it is imposible to defreeze. Toggling off and on with short powerbutton brings me right back to the “image”. The phone is also not asking for unlock code. So it really seems like a fullscreen image right in front of anything else.

I’m still wondering why it VPN should trigger this issue? Maybe another app which messes with overlays? App Phonehook was a candidate for such issues in the past.

@SaimenSays If another app was involved in this issue it would need to be one of the default Jolla apps as setting up VPN was the first thing that I have done after installing the OS and freezing started right away. The phone never froze on me since I stopped using OpenVPN so at he moment OpenVPN is not usable for an extended period of time. I am also unable to defreeze for the same reasons that you described.

Update: After your recommendation to disable VPN I had no reboots in the last days.
But today it freezed again!

Whatsapp “screenshot” pops up on power button, again without promt for lock code. Did not recover an hour later, so I need to reboot.
To summarize: VPN may lead to more freezes, but happens without too! Maybe something related to network switchover or signal loss?

Happens on my X10II too. The freeze happens few seconds after activating OpemVPN and omly reboot by long power button recovers it.

After reboot, I saw the screenshot and it shows homescreen! Like the frozen screen is only a grafic issue and the phone is still working in the background.
Can someone confirm this when it happens again to you?

Now that’s interesting. I’ll try a screenshot to check for this the next time it happens. I wonder if one could type the unlock code “blind” where the numbers would/should be and unlock the phone . . .

@SaimenSays Hmm, that is confusing. Could it be that you face a similar bug too that is not related to VPN (on top of this one)?
I just checked the uptime of my phone since I stopped using VPN and it is over 3 weeks now. When I used VPN, the freezing would happen in no more than every 3-4 days even if I made sure that the phone is only in an area with a strong signal. During those 3 weeks I regularly placed the phone on a table where my Wifi signal gets lost, and where the phone would freeze in a matter of minutes with VPN on, and didn’t face a single freeze. So unless I am on a really lucky streak, it really looks like OpenVPN is a sole culprit in my case.
What I find particular, is that one of us can defreeze the phone, the other disable OpenVPN to fix the issue and for the third none of it helps.

I investigated the matter a bit on my XA2, Kvarken with different setups. First thing to crash seems to be Alien Dalvik, btw.

I have one stable setup with OpenVpn running on a rented server under Debian and another unstable one running on a small Alix board with Debian at home connected via DynDns with 200/12 Mb/s DSL.

My idea is, that the more stable connectivity of the dedicated server with permanent and fast name resolution and far better bandwidth adds to a stable experience even when navigating online or listening to online radio.

The feeble dsl vpn instead is causing some sort of trouble which was not there in earlier versions of Sailfish.

I grabbed a screenshot when my 10 II was ringing while locked up, and there it was, the “incoming call” screen I couldn’t see! Wild.

In my case, I could fix it by opening the phone and fixating the flat cable connector from the touchscreen to the main PCB. There is a metal plate over the connector, fixed with a screw. I bended the plate a little so that it now pushes on the connector when fixated again with the screw.
For opening the phone I needed a hairdryer, a Stanley knife and two plastic cable ties.
see also here 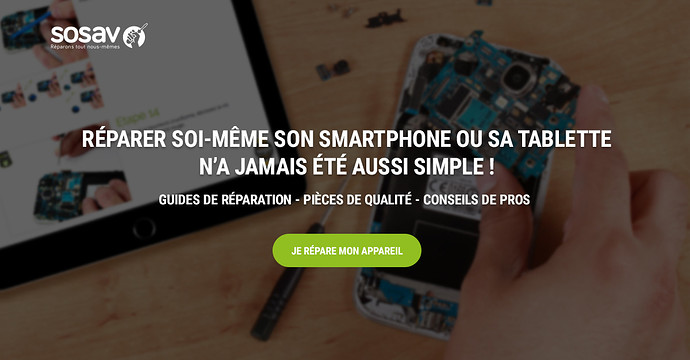 edit: If you do this, be careful with the accu connector! It is next to the display connector under the same plate!

edit2: I also thought that it was some software problem, related to VPN or network or Mobile access point switch on or off, sometimes it seemed to depend on these settings. But this was a delusion of mine, in truth, on my phone it was the connector.

It seems to be a software issue in my case. For me it is fixed since update to 4.2. VPN is always active and the freeze never happened again.

I’ve upgraded to 4.2 and will give it another try, then.

This issue seems to be fixed for me on 4.2 as I didn’t notice a single freeze since the upgrade. VPN connection seems to silently die and block the internet during a night of no use, which requires restarting the VPN connection, but I need to investigate it further whether the VPN provider is not responsible for it. I will mark this issue as fixed unless someone still has the problem despite the upgrade.

Since upgrading to 4.2, I haven’t seen the freeze associated with VPN use either. I sure hope I don’t jinx it, but something seems to have been fixed, notwithstanding the absence of mention in the release changelog. For now:

unfortunately not fixed for my OpenVPN setup