[Hardware] XA2 GPS - Trial to fix it for debuging

Ok, this thread can be closed.
I have to admit that if WH repair increased the reception quality, not everything is solved.

After having HW fixed my devices, they had a rapid fixes during some 5 -10 day.
Although The SAT reception signal is much better than before the HW repair,
My daily one needed > 20 minutes to get a fix yesterday.

Now that HW cannot be in cause,
this shows that there is also a real software issue with GPS in SailfishOS.
(Sky was clear, no buildings, last use < 24h, at least 10 green bars, custom settings On On Off.)

GPS altitude is, by the design of the system, less accurate than the horizontal position.

In addition, it is worth remembering what the GPS altitude is.

In the GPS model of the Earth, the earth is described by a mathematical shape called a geoid, which is not a sphere. This simplified object does not correspond precisely with the actual surface of the Earth. In some places it is lower, in other places it is higher. It is smooth (basically Mean Sea Level, to within a bit)

The GPS altitude is referenced to this mathematical model of the Earth’s shape.

As GPS is a system designed for use in the USA, the mathematical shape (geoid) used corresponds most closely with the shape of the Earth in the area of the North American continent. This means GPS altitudes, on average, will be closest to the true altitudes in North America. Everywhere else they can be way off.

Relative altitudes will be pretty OK, within the accuracy of the system, so if you know the actual altitude of where you start, then go straight up, for every metre of actual altitude gained you will gain a metre of GPS altitude. Of course, if you move horizontally while doing this, the GPS altitude will vary according to the shape of the geoid, which complicates things.

Note, the geoid used by GPS is the WGS84 ellipsoid, which is not particularly close to the actual shape of the Earth’s surface. The 2004 definition gives a resolution of about 100 km, which is basically the mean sea level averaged over that area. It’s good enough for a rough match, and can be augmented by D-GPS.

So, your GPS altitude can be way off, depending on how well the WGS84 ellipsoid describes the Earth in your vicinity. Relative altitudes should be OK-ish, remembering that the vertical accuracy is less then the horizontal accuracy as well.

Edit to add: Explainer for Ephemerides and Almanacs

Time to first fix (TTFF) is a measure of the time required for a GPS navigation device to acquire satellite signals and navigation data, and calculate a position solution (called a fix). The TTFF is commonly broken down into three more specific scenarios, as defined in the GPS equipment guide: Many receivers can use as many as twelve channels simultaneously, allowing quicker fixes (especially in a cold case for the almanac download). Many cell phones reduce the time to first fix by using assist... 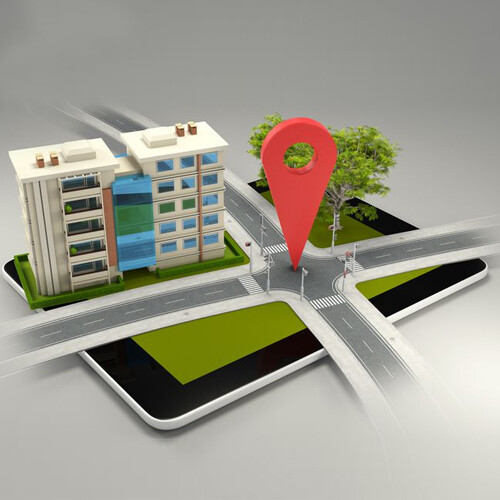 Time to First Fix (commonly abbreviated to TTFF) is the process of time in which it takes a GPS enabled device to obtain signal from enough satellites to determine accurately its location. A GPS receiver must have three sets of data before it can...

Why does it take so long to get a GPS fix? - ozzmaker.com

Have you ever wondered why it sometimes takes your GPS module 10-20 minutes to get a GPS fix?   This post will explain why.   Each satellite sends a message every 30 seconds.  This message consists of two main components;...

More on Ephemerides and the Almanac:

The entire set of lessons (1-10) are worth going through if you want to learn more about GPS.

With latest release, but at least with 4.4., GPS is working! Seconds instead of minutes!

Sadly, not for me on either of my XA2’s, both with 4.4. Its no faster getting a fix than before.

Idem for me with my XA2 plus

Under open sky, over half an hour and still no fix this morning. Basically unuseable for anything practical and has been so for many, many, releases on the XA2 at least. 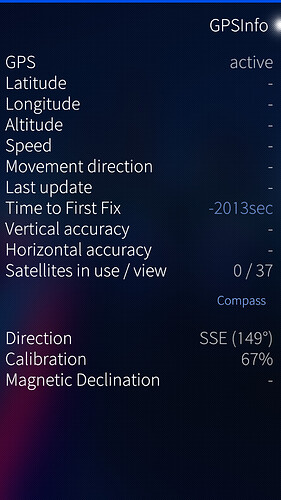 Xperia 10 ii, 30 seconds to fix indoors with lot of glass around.

Its great that you have no issues on your 10ii, but that doesn’t really help us poor XA2 owners …

When testing the GPS, does the update process for almanac/ephemeris starts as soon as the GPS sensor is activated, or is there a need to have a client app (e.g. GPSinfo or OSM scout) running?

I have an Xperia X2A ultra. For me, removing the top cover completely solved the GPS problem. The cap is slightly stuck on. It is made of aluminum and cannot break when lifted off. I get a GPS connection within a minute (7 satellites connected, 40 sighted). Before that it was absolute dead silence. The cap obviously shielded the signal in the malfunction. When I put the cap back on, however, the signal remains good. Now the shielding doesn’t seem to work anymore ?!
That speaks for a hardware problem after all.
My other settings are: Location - Individual Settings - GPS Positioning.
Battery - no power save mode.

Hi,
Thanks for reporting.
Yes, the top cap seems to be a part of the antennas. When bad positionned with bad contacts with the underlying contact blades, it seems to act like a shield, avoiding good GNSS reception.
In this situation, it works better without the cap.
But if one sticks it back correctly, it should work even better.

I believe there should be a demand from a positionning app.
People generally use GpsInfo to make tests.

I had the problem of the GPS not working, on xperia XA2 plus
GPSinfo not see satellites

I reinstalled android via EMMA

Maybe the same HW problem that affected some of us?
have you seen this thread?:

After some introduction and considerations, I’ll share here the way I renew XA2 GNSS signal path from the motherboard through the antenna to the mysterious top cap (part of the antenna?). The GNSS term is used here, as it stands for Global Navigation Satellite System, including GPS(US), Galileo (EU), GLONASS (RU), BDS (CN)… Hardware, why? ############## Because there are much differences reported between XA2 GNSS capabilities, I believe the Sony Xperia XA2 can have some Hardware problems reg…

i’m not see this thread !

You can also read the mythic and huge GPS thread where people discuss the possible causes of XA2 GNSS issues.
You will also find there nekron’s supl patch.