Thanks very much, I will try the update again following the posted steps when I have some free time. Video also does nothing here with 4.3.
Pleased to read that some others use the GS290

I am on 4.4.0.58 now. The Jolla camera works (stills), the advanced camera does not. I first tried the procedure of post 16 but got a warning: something like “…ssu.ini maybe not writeable…” I then used the commands of post 9 - with success.

i have just made

to move from 4.4.0.58 to 4.4.0.64 and now i got stuck in volla boot logo.
during the process i had an error due to out of space (failed, retry 1 of 9) , but i cleaned browser cache and the 2nd retry seemed to work
settings said i am on latest
then i did reboot
and now i have brick with logo

a very very long button off+vol-up brought dead-android, so recovery but it says no command ?!

when i do power+vol-down it seems like for a seconds the recovery menu would show up. but just like a flash and done 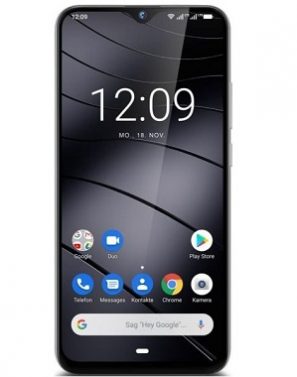 hmm i was in the bootloop and could not even charge properly, i had to install usb drivers for mediatec, that was easier on windows, then i did install sp flashtool, then downloaded rom from above
started tool, clicked on download, then rebooted with power+volumedown and luckily it got recognized and download went fine

then went for ubports installer as piggz install says start with vollaos10, just to see the sailfish option there so clicked on that .

and that was a mistake, after flashing gigaset rom, you need to flash vollaos first, then only proceed to sfos

another issue: when you try recovery with the above gigaset rom: you will end up in some chinese screen. so better it is to, while you are on vollaos, to use: adb reboot fastboot.
other option would be to replace recovery image but …

update: removed wrong statements, did not find a way for strike throu, see final flow for a working example

fuck: on the last run i did not enable sim card in volla os and now almost finished setting up all apps in sfos, i’ve realized no mobile network, due to no simcard.
so important: do not skip the step to enable and check sim card !!

final flow:
flash gigaset rom using sp flash tool
i did that on windows due to usb drivers for mtk
flashing rom was easiest on windows
tryout sim
enable dev mode (about phone-> build number 7times)
enable usb debugging
flash volla using ubports installer
this again worked fine on windows (but can be also done on linux)
test sim
enable dev mode
enable usb debuggin
flash sfos using ubports installer
that worked best on linux (windows did not want to get connection and recovery is in chinese so not an option) on linux i have adb running so ubports installer can connect and if you use piggz script you can send device with adb reboot fastboot into propper mode
after flashing i am on 4.3.0.15 again test call and mobile network
enable dev tools / remote / untrusted and follow piggz instruction for waydroid:
https://www.piggz.co.uk/sites/pgz/blog/volla-manual-install

did that, not good

test again waydroid , i had to reboot to be able to start it

then update using zypper. i am cautious so i did write down all the versions from 4.3.015 which is the initail os version if u use ubp, if you use script it is 4.2…

while zypper is running use the time to install f-droid, then aurora from f-droid

then install signal
install signal from openrepos
i did head again to windows as easyssh would not pass the whole register string … i used winscp for that following this instructions: Registration Workaround · Wiki · Whisperfish / Whisperfish - Signal on Sailfish OS · GitLab

I had SFOS 4.4.0.64 running like a charm on Volla phone, including Waydroid and had also the conflict between dnsmasq and the connectivity of Browser and AllRadio app, but could live good with workaround by starting these apps via CLI, better said, qCommand.

upgate worked but a lot of bugs occured:
Camera, Advanced Camera and Code Reader all not working after the update, no camera image, black screen, pixel resolution not selectable.

Volume control didn’t work. Volume is on a middle level and not changeable. Also screenshot by pressing both vol buttons at the same time doesn’t work.

Dead Beef Silica not working, starts, stucks and does nothing.
LLs Video player works and plays videos, but spinning circle remains endless spinning over the image while playing.

(all this works perfect on the Sony X10, bugs occur only on the Volla)

additional info: On the Volla there is also Waydroid installed, and since that time another bug occured - Browser and AllRadio doesn’t find network (dnsmasq conflict). But for this there’s a workaround. But there may be a context between this all bugs…

so it’s working again now. But as I read that 4.4.0.68 is a stop release and requirement for the following updates… What shall I do now?

i thought, set back is something you should never do.
lucky you, guess did work thanks to only patch version change

Maybe you didn’t complete the upgrade?
I upgraded my X10ii using sfos-upgrade and I noticed a lot of packages were only installed after reboot and invoking the post-install script.

The Volla did not postinstall anything after updating via CLI and also didn’t ask for postinstalling something, neither after the first reboot after updating nor after a few reboots later while tinkering to make the failing apps work.

i think the post-install script is part of sfos-upgrade from olf
so you will not see that during the update procedure you did.
look here: 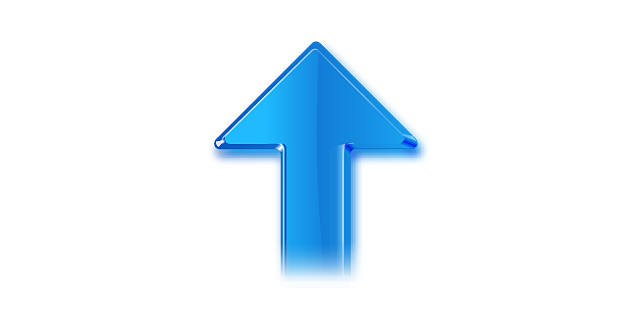 Thanks, @pawel.spoon , I made no post_sfos-upgrade, so this may explain why it was not working. Tomorrow I will install Olf0’s sfos-upgrade and retry, and then report about the results.

Now I repeated the update same way as in Post Nr. 30, with Waydroid not installed. Everything seems fine until now. Update is ready, Volla boots successfully without error messages.

After update, i executed ‘post_sfos-upgrade’. There were also no errors found.

Bad news: Storeman updates sources forever,
the same apps as mentioned in post no. 30 still not working, also Fotokopierer, because it also needs the camera.
Volume buttons not working, not for any ringing or media volume and not for screenshot. No feedback from Vol. buttons on screen.

It’s the same as on my first try.

How can I fix this? How can I contribute to find the bugs? Or am I the only one who has this? Are further details or info required?

Hi 7o9
it would be interesting if piggz is actually on this version himself. Else start apps from cmdline and collect logs

maybe they start from cmdline but not from grid ?

i had that issue with weatherapp
maybe its the changed config settings paths ?

Now I tried to start apps from cli:

Then the Deadbeef starts but no user interaction, screen stucks.
Then a black pulldown comes:Deadbeef doesn’t react?, wait or close.

Waiting brings nothing, after closing, the following adds to the cli output:

Is this helpful to find the bug, al least on this app?

It reports that ‘libpq_cust.so’ could not be found. In fact, this lib is not listed in Settings/ProductInfo/InstalledPacketsInfo. Can I get it from somewhere?

another thing that doesn’t look good is:
[W] unknown:0 - QObject::startTimer: Timers can only be used with threads started with QThread

edit: Another important thing is, the volume up + down buttons do nothing since the update to 4.4.0.68. Nothing, never, also not with the working apps.

you see missing libpq_cust.so is pretty standard
the dbus connection is more interesting
i am really no expert and dont want to fuck up my phone. somewhere in the forum is stated how to start from command line using the sailjail args
i would try that just for the fun
and i would try to modify the desktop file of deadbeef that it does not use sailjail

to the desktop file didn’t help. With disabled Sailjail it still doesn’t work and libpq_cust.so is still missing.