Having Jolla-1 then jolla-c, then xperia-x, on which my camera broke, then I bought xperia-10 and this is soo long to fits in just no pocket, not even in big hands.

So I hade to move away from my lovely OS. I don’t see a small device coming out in the next time.
I’m now on Palm Pepito, great size, ugly OS

I would love to see a Sailfish port for this neat device: 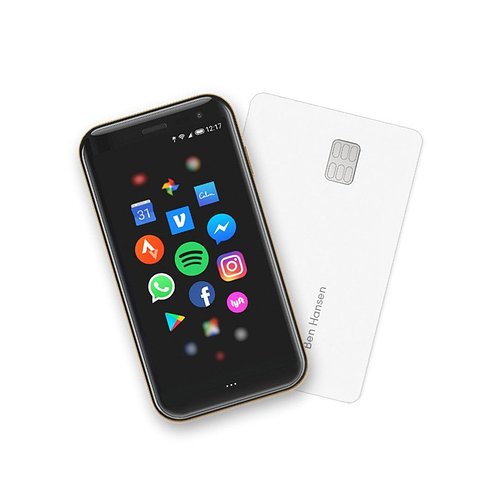 Palm is the best small premium smartphone. It allows you to simplify with no compromises. Small in size, but huge in style. Now you can leave your big phone behind when life comes calling. perfect for minimalists, athletes, and families. Stream...

if you still want SFOS get an xz2 compact. Its about the same size as J1 and other than the camera -which will be fixed when we more to the new android base- everything else works. And its a hi end device.

Buy a second hand XA2, for a bit more than 100€ (incl. Sailfish license) you will have a phone the same size than the X with a bigger screen and an updated Android runtine (and it’s one less produced phone)

Agree with ApB. I’ve been using XZ2c for a few months, and it’s great. And, if you have another phone that’s official, (I also have XA2), then you can pull Android stuff, etc., off of it and use it on your XZ2c, so it’s as good as official…
I also have an X Compact, which is also great, but can’t use newer Aliendalvik on it, even if you have the files, (it’s somehow kernel-dependent)…

(incl. Sailfish license) you will have a phone the same size than the X with a bigger screen and an updated Android runtine (and it’s one less p

Does XZ2c support android? According to the project page it doesn’t… :S
Or did google send me to the wrong page?

I was talking about the XA2 on my side

XZ2 is not officially supported but it’s interesting to know that it’s possible to pull the files from a XA2 and make it work on a XZ2!

The XA2 has nearly the same size as the Jolla1. width +1mm; hight +1cm

Far be it from me to post a USENET-style ‘Me too!’, but I completely agree. Jolla needs to expand their official hardware support to a broader range of devices in order to accelerate (achieve?) adoption.

Here’s an idea I’ve said about two dozen times: have an app store where developers can sell software and Jolla can take a cut. The current Jolla Store is far past it’s usefulness. It isn’t 2013 anymore.

and it is the same size as Xperia X

Btw - New SF version, plus recent activity on Xperia Tama Github… May be an update soon, and I know @rinigus has mentioned moving to newer Android base which may help camera…

so the new alien dalvik on xa2 work fine on xzc or maybe other tama devices?

I would also love to see smaller devices, it’s a point that keeps getting raised and nothing is done with it.

Y’all make it sound like it is something that Jolla could easily influence. The current 6.0 size is basically the minimum since at least 2 years ago, for anything even remotely mainstream.

The usage of phones has changed in the last 10 years. They’re today more of a mini computer rather than a cellular phone. So: media consumption, creation, photography, video calls, chats, internet browser, etc.
That’s the usage of most people (and the huge majority of users aren’t developers or tech-savy), and for many it’s their only smart device (no computers). So it makes sense to have a bigger screen, which is why they are popular and many companies provide them first.
Smaller devices have still a market, but the market is smaller in size and have tech difficulties (for example, providing similar performance, camera, wifi, etc. with a smaller size, means less battery space and battery life. iPhone SE which is maybe the best example of such small devices, can’t last a day in moderate usage, let alone playing games or running GPS navigation for hours).

@orangecat
True, but Sony has been proving since the Z1 Compact (2014 I think), that it is possible to make smaller devices that are nearly as good as a phone could be. I think some people just like the image of having a big phone and some like the better visibility. In general, phones today are bigger than they have to be to do what they do.

The usage of phones has changed in the last 10 years. They’re today more of a mini computer rather than a cellular phone. So: media consumption, creation, photography, video calls, chats, internet browser, etc.

Fixed it for you:
The usage of phones has not changed in the last 10 years. They were then more of a mini computer rather than a cellular phone. So: media consumption, creation, photography, video calls, chats, internet browser, etc.
(where etc was full development and more)

Or were you not talking about the N900?

You are correct that the market is mostly 6" devices, that being said we also see multiple manufacturers releasing “compact”/mini devices now (according to the analysts apple started it and Sony is rumored to be releasing a true small device soon too).

For me it is the lack of choice and the lackluster specs of the newer devices Jolla chose to support, I got an Xperia X not happy about the size “upgrade” but the X at least was still a manageable size then we got the XA2 and the 10 both larger then the X while not offering anything worthwhile as far as specs went over the X (the X was a top of the line device when it was released - just shy of flagship - while the XA2 and the 10 are midrange devices that never truly offered anything beyond what the X offered).

Personally I hope we either get Xperia 5ii support or the next compact device (and TBH I hope the second more because the 5ii isn’t all that compact), SFOS is all about gestures and single handed usage these things are kind of impossible when the phone gets too large and I also don’t walk around with a purse so I want the device to fit in my pocket without becoming a convenient target for pick pockets or a fall risk.

/Edit - should I need to buy a new device today I would buy a new Xperia X even though Android support under SFOS is crap for bad reasons because it is superior to the XA2 and the 10 and also cheaper, if there was a model available that was actually superior or offered a new valuable feature (eg. 5G once it is worth it as far as network coverage goes) I might consider a newer model.

The n900 was leagues and bounds ahead of its time, too bad the Symbian guys in Nokia made it too hard to really push.

XA2 and the 10 both larger then the X

Will you please stop feeding/spreading the FUD?

Edit: i’m not thrilled with tall phones either, but misinformation helps nobody.

Xperia 10 ii has roughly the same width as the iPhone SE 2020. I have both, and they’re quite similar is width and weight. Only the X10ii is slightly taller, which might give the impression of a TV remote, but overall it’s still a compact phone (light weight, one-hand width) compared to the bigger iphones, samsung, chineses brands, etc.