The Arabic diacritics do not show at all in the popup of a character key (accents in CharacterKey), in a custom keyboard layout.
However, these diacritics show correctly if they are inserted directly in the Caption or captionShifted of a CharacterKey.

Install an Arabic keyboard layout, such as Multi Keyboard Layouts

The diacritics should show in popup key

An empty field is shown instead, the diacritics aren’t rendered

Note that the diacritics are actually inserted when the accent key is pressed. They are rendered correctly by Sailfish on documents, bu not on the keyboard.
Note also that these diacritics are shown in the keyboard if written in the caption or captionshifted in the QML file.

Note also that sometimes, very rarely, the diacritics do appear on the popup, but it disappears again on reboot. I failed so far to reproduce the bug or how it appears.

Does anyone with knowledge of the keyboard in QT or Sailfish, or how rendering goes for the keyboard, have any clues or pointers to help me identify and reproduce this bug (and maybe fix if it’s not Sailfish core related) ?

Images to portray the bug :

What it should show (very rarely, failed to reproduce) : 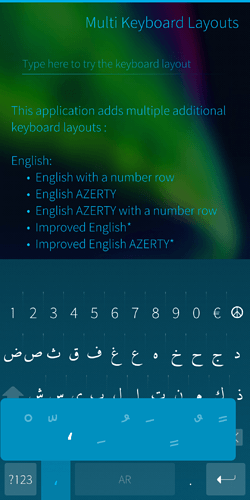 What the caption/captionshifted show correctly all the time : 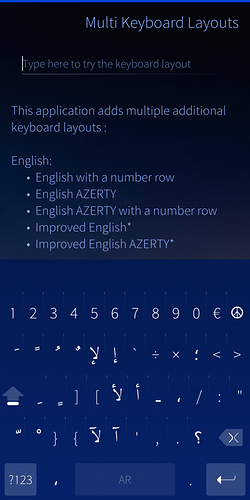