Any Idea when the next update is coming?

Yeah this current version bites!
Anyone know when the team plans to release a working version of this OS?

This last version was trash for me (i know not everyone has had major usability issue, just relaying my experience )

I hope the team is not spending too much time looking for cute names and pictures for this update.

Here is a suggestion team… Call It Well Tested Patch“” Give it a back ground picture of a working cell phone.

be aware: to ask this question

More seriously: as always, when Jolla feels it is ready to be published - first as EA, then a few weeks later as GA.

The answer for me is too late.

The phone failed me yesterday in an emergency again, it started displaying ‘Problem with network’ errors when I was in a place which I know for a fact had strong 4G signal, and it’s not the first time this has happened (although before it had always been for less urgent situations). I tried the usual: airplane mode on and off, data on and off, etc. Ended up fully restarting the phone, which took about 6-7 minutes (from shutdown to full 4G and being able to call), which is more or less how long my Blackberry Q10 from 2013 took. I cannot trust SFOS anymore for emergencies, so I will be relaying it to a second, more experimental phone. I was quite sad to see that this OS, after almost 10 years in development, is still not ready for daily use. I know some people don’t have any issues, but the main thing here is that if some do have severe issues and others don’t, it means that it’s not a ready, mature OS. The persistency in some of these issues throughout system updates is also surprising (there are some bugs present in the latest version that were also there in the first Xperia 10 II release). I’m not fully giving up on SFOS and will come back to it in a while, but it’s Android for now, sadly. Then people wonder why there’s a duopoly. I’m not asking for much, I don’t need fancy apps, but the fact I can’t call in an emergency makes a TELEPHONE device completely useless. I’d rather carry a dumbphone, I know that won’t let me down in an emergency.

So long and thanks for all the fish, Jolla!

Sorry, have to say this: In the present state, SFOS is something between a toy and an experimental device for computer enthusiasts. But despite, I like it very much. I found out what it can do and what it can’t do. I erased everything from the phone that causes problems and use only the well known good working apps and features (there are a lot of!!). And I have always a second phone, an old Nokia phone (no smartphone) as reliable device in my handbag (for case of emergency calls). So I’m rather happy, despite SFOS is not that what it could be.

When I was in the UK end 2021 I could not make calls. So it’s a good idea to have two phones with you.I wonder if it will be possible to use a phone like this Nokia or even my very old iphone 3GS when 3G is obsolete. Vodafone is planning to skip this soon and Dutch KPN will do it in april.

i already bought an Xperia XA2 and waiting for the case and screen protector to arrive before installing Sailfish OS.
skimming through the Forum had me concerned as it doesn’t paint a bright image,though i understand this is a Support forum for people with issues.

i was looking to replace my Blackberry Leap since it has become quit difficult to operate with it nowadays;
(Android supported version,sites i can’t reach etc.),
and I’ve had my eyes on Sailfish OS for years now assuming a paid product would offer a polished product.

i haven’t looked to much at alternatives like ‘Ubuntu touch’ or ‘KDE mobile’, and i guess that now that i have to follow through since i already bought the Sony phone .

My impression from sporadically reading this forum is that the XA2 variants seem to have a poor hardware adaptation. At least some of the recent posts indicate that.
Maybe it would be wise to start your SFOS experience with more recent hardware like the Xperia 10 II. I own one myself, and have the impression that the system is very stable when sensibly maintained.

as i mentioned,i already bought the phone,and a 100+$ is more than i was willing to pay for a it,let alone the double of it.

Wasn’t this question answered before? It should be out very soon, as the new forum software is already optimized for the next stock browser release, and it will probably feature VoLTE at least for the xperia10ii.

XA2 hardware adaption is just fine except for that the GPS works really bad, but that’s a hardware issue, not an adaption thing. Good news is that there are plenty of apps available, since it’s the old arm32 architecture. Bad thing is, VoLTE won’t be supported in the next update, and probably never will. I switched from the XA2 to the 10ii, and even though I’m quite happy with my new device I had the impression the XA2 adaption was somewhat more “ripe”.
Both phones are great daily drivers though:)

I use my XA2 for navigation with Here Wego, PureMaps, OSM Scout on a daily basis. Works.
SF 4.3, no early access, few patches, GPS- and offline positioning active, no Wifi outside.
I usually need 3 minutes to get a fix, some more after travelling long distances with GPS off.

Flipping spot on… i just tried to make a call… clicked the phone app and nothing… i want to throw thind dang phone out a bloody window straight into a flipping tree limb grinder the burn the debris and fire this sumbi… into the Sun!

But as I was about to throw it… I realized its not the hardware… its the Os… sad how bad this thing is now. 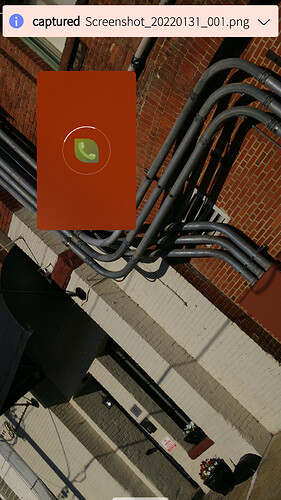 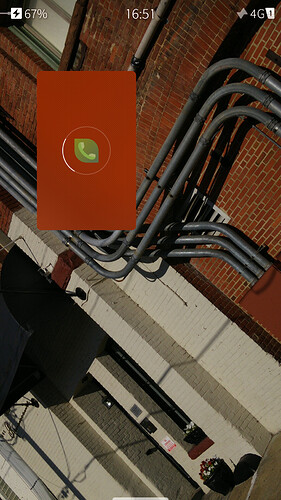 More seriously: as always, when Jolla feels it is ready to be published - first as EA, then a few weeks later as GA.

That’s it. When Jolla feels it’s time to send out an update, but it’s just a feeling?

Since Jolla 1 and the launch of Sailfish X, updates have made me feel bad. Jolla just needs too much time until feelings become real quality. Some bugs get fixed, others never. I could live with it if there was an official way to undo a bad update and roll back an image of my choice. Unfortunately, Jolla does not plan this way and there is no official repository with archived versions. This forces me to ask around if anyone still has the legacy image lying around. Another word on the bad hardware of the XA2. Some longtime Jolla users on this forum have switched back to LineageOS with no regrets and are happy to have a working phone. I’m also considering flashing a system other than SFOS to the XA2. The XA2 is too good to be left lying around.

My personal conclusion: I’ve learned one thing, never think the next update will make it better.

Edit: Some creative and competent key users such as @coderus left this forum and made the situation even worse.

what about reflashing the phone with 4.3.0.12?
as i read here about your problems for a long time , i would really suggest this .
My phones update from 4.2 to 4.3 also failed ,nothing did really work after it ,and in the end it crashed completely . So I had to reflash → works like a charm except a few less important things .

i download the previous version from Jolla from their homepage before the next update comes and store it on my harddisk as an option for bad times. So i can reflash the phone with the old version in case the new one causes problems .

I would not discourage with XA2.
I have 4 of them. 2 are daily ATM, more later.

I might be very lucky but again, I have to say that I really experience no problems with it.
Except the GPS problem (though I am very hopeful on that), it’s a daily pleasure to use.

My usage is basic though: 2 SIM, phone, sms, mms, mail, pictures, no android apps, some apps from storeman/chum and a some deeper experiments with the system through ssh/sshfs.

Like said above, I also have the impression that upgrades are causing problems while flashing is not/less.

I like the XA2 because it is cheap, fast (for my use) and allows to stay a bit on the side of the “always newer” rush.