XA2 battery appears to be particularly affected by cold temperatures, and causes the battery monitor to think the battery is flat. But it’s not flat, it’s just cold. I don’t expect this to be fixed though.

The problem is that when you take the device back to room temperature and let it stay there, booting will fail because something out there appears to think the battery is still flat. It briefly shows 0 % and shuts down immediately. This is probably because the battery hasn’t been charged.

This is actually dangerous because it prevents using the phone also for emergency calls until it has been charged again.

Once charged again, the battery “charges” unusually fast but this is apparently again just some monitoring circuitry (or a silly program somewhere). I charged the battery yesterday evening to 12 % and it is still 12 % now, with Charge monitor application showing voltage at just under 4 volts, meaning it’s far from flat.

Instead of relying on (apparently?) on just the percentage of charge as a condition on shutdown, could you add voltage as well? I suppose the real culprit should be somewhere in firmware and impossible to fix.

Charging is required after cold induced increase of internal resistance, even if the battery is warm again.

To me this seems to be related to how LiOn behaves under cold weather. It is one of the reason EV’s have climate systems to warm the battery for better performance. Most likely nothing to be done. All your chips work under the lower temperature as they are tested up to -40C. It is a physical issue with LiOn.

I would like to present my device temperatures after a jog in -25°C: 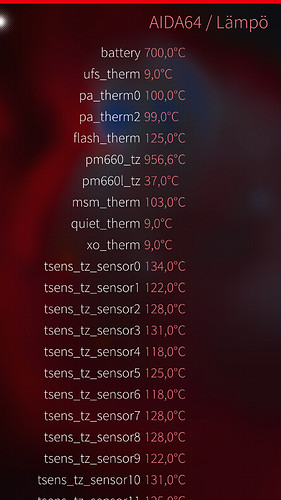 My battery isn’t doing too hot.

Lol, I’m as astonished with this as I am your commitment to jogging in -25deg C weather!