For sale a Sony Xa2 ultra dualsim H4233, new battery and back cover.
64 GB storage, 4gb men, dedicated mcard slot.
Used but condition not bad, no scratches on display, a few marks on case.
Had sfos on it, now flashed to Lineage 19.1 android 12, working like a charm.
If preferred I could include sfos license in sale, but don’t know if that’s possible or what procedure to follow.

Any interest? Please pm me for any questions, thnx sailors ! 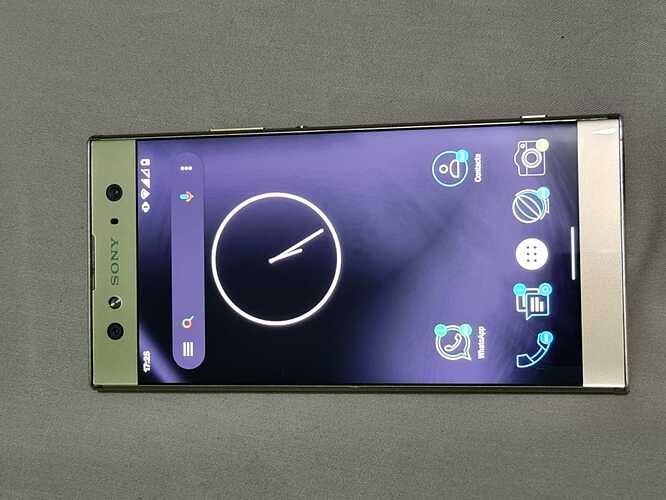 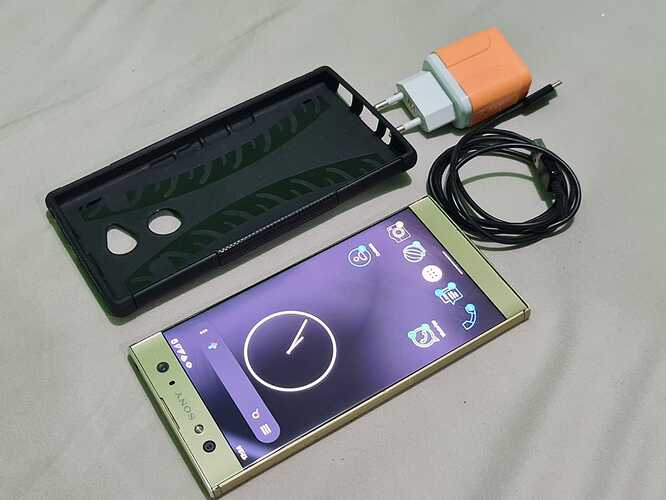 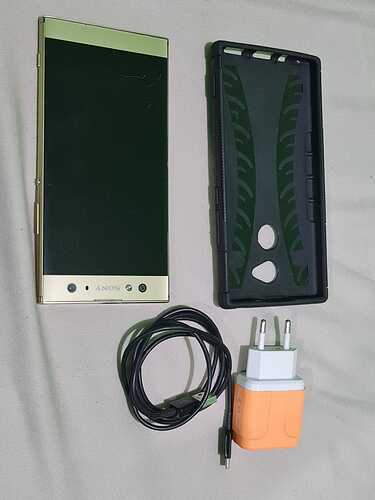 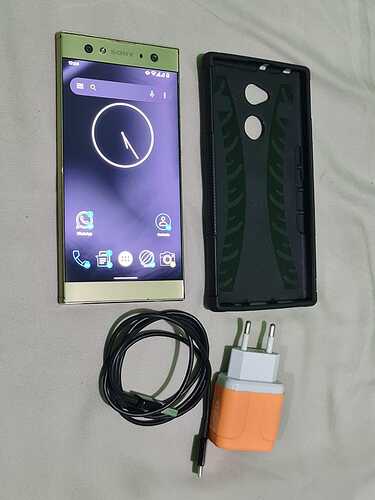 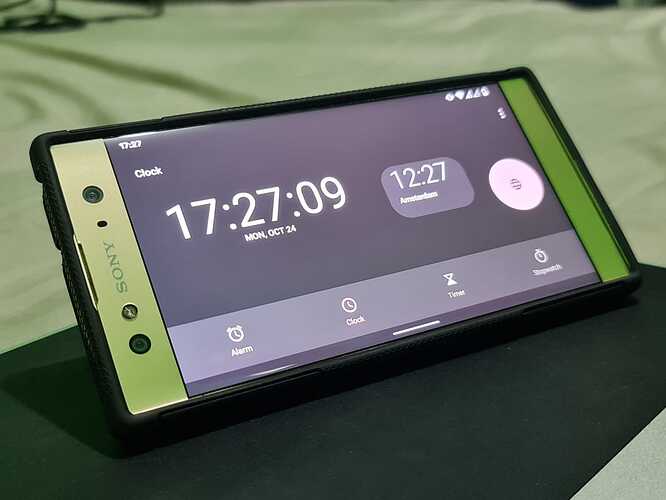 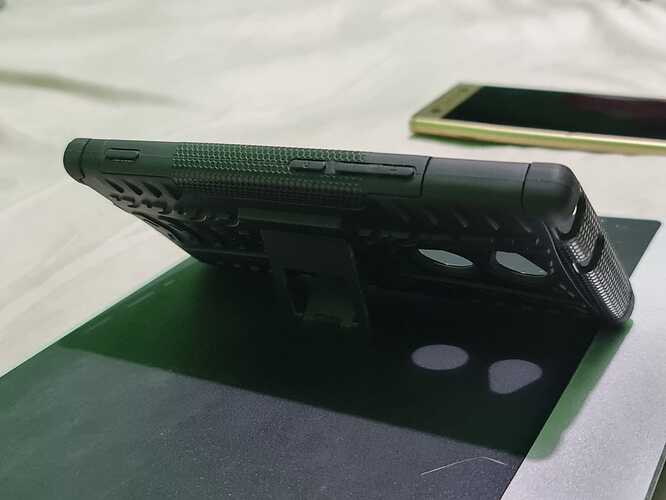 If you give the licence to a buyer AND HAVE NO OTHER DEVICE REGISTERED ON THIS SFOS ACCOUNT then you can give the credentials with the device. Before this, delete your personal infos on the account profile. The password can be changed by you or later by the buyer, but not the username, that also appears in the forum.
If you also have registered another device to the same account, then these licences are linked together forever.
Therefore i think it’s a good idea to register a new Sailfish phone to a new Sailfish account if someone wants to sell the old device.

I terms of Size, here you have your Jolla-Tablet

How is the size of the XA2 Ultra? 3 years ago I had a XA2 without Ultra, and sold it as I bought the Xperia 10, but the ‘no Ultra’ was similar size than the X10…

edit: searched the internet - Sony Xperia XA2 Ultra - 6’’ screen, so not a big improvement to what I have now… 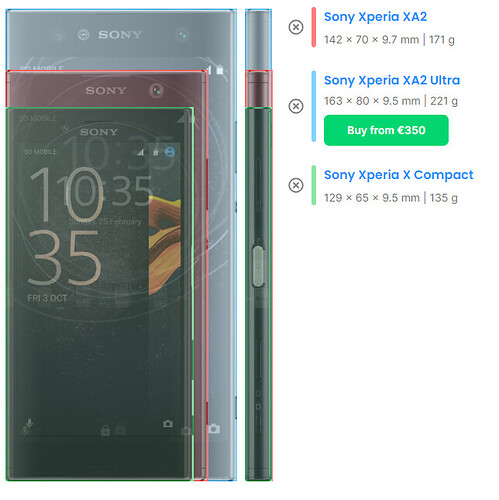 It’s hard to withstand the temptation…

If one is interested , then the buyer could compare specs and see all the differences on PhoneArena, and not only the screensize lol.

I knew that information already , therefore i can include the licence as its 1 device on my account only, thnx for confirming SoN.

A phablet is usually larger than the Ultra.
The Ultra is a large phone just like the XA2+ the larger version is of the XA2. And it is certainly not a tablet, not even a mini tablet. Some people like small, some like bigger phones for several reasons. When I let my granddaughter play a game on the 10 III, the game did not show up entirely on that narrow screen. Just one reason to fancy a bigger screen.

The XA2 is still the best device for SFOS imho. By far most fluid and smooth experience. I even changed back from X10-2 because it feels sluggish and typing on it has a delay. Also the X10-2’s memory management is not good. It’s collecting dust in a drawer now.

My experiences with the Xa2 ultra where different, if it was working fluently I would not have needed to re flash and not selling it.
And u can’t say there where no bugs, this forum proofs otherwise if u read all the stories or and solutions or bypass these bugs, even minor or basic issues.
Besides its now working perfectly in Lineage 19.1 with Android 12, guess u can’t say 12 Andy is supported in sfos, it was stuck on 9 or 10, correct?

I did not say anything of this. I just said it is the smoothest experience regarding reaction time when typing and scrolling. Also I’ve seen no real improvements worth for me since Android 4.2

How would I do that? Probably it would ruin battery time on the other hand. I’d like to try anyway.

OK sailors, nice to share all your experience on similar phones, and there hick ups or pros and con’s but please react regarding the sale, I would appreciate that ,thnx.
I like to get it of my hands, will put it on eBay or local sites here if no one is really interested.

Probably it would ruin battery time

Well, of course it rises, but I wouldn’t say it’s ruining the battery. I played with it yesterday and after switching all cores to ‘performance’ governor current draw stayed within 90-120 mA range, i.e. actually what the 10 III draws by default… Then I set it to play streaming video from a VOD platform via WLAN using an Android app, and after watching 3 or 4 episodes (some 3-4 hours of uninterrupted playback) the battery level dropped by some 30-35%. Then I just placed it on a table doing nothing and after 30 minutes it didn’t lose a single % of battery so I guess that when not in use it still goes to sleep as normal.

Of course, it would take some more testing but it doesn’t look bad.

How would I do that?

Then to go back to the standard governor just reboot the phone or type the above commands with “interactive” instead of “performance”.

please react regarding the sale

Sorry for OT, I’ll be quiet from now

Please reply in English so that everyone can understand, I live in Indonesia but do not speak the language fluently, thank you

Now also available on Ebay , check it if u prefer it that way, thnx all.