How to upgrade to version 9 ?
Thanks a lot

How do you conclude that? And how come “always”? It does not change.

Consider installing Aida64 app from an Android store (e.g. m.apkpure.com) .
Open this app and visit the Android page in it. You should get:
“Android Version 9 (Pie)” and “API Level 28”.

Android 9 is installed by the OS update, automatically. 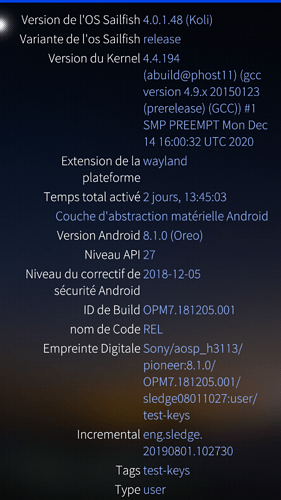 My XA2 is under Koli but for android it’s always 8.1

Well, you did not do exactly what I asked you to, i.e. you did not install AIDA64 from an “Android store”.

Oupps !!!
Thank you very much ! A picture is better than a long post 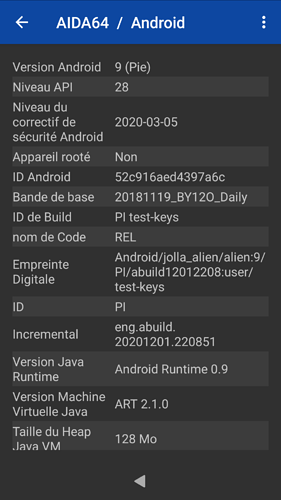 @jovirkku I did wonder this, too. Thanks for the tip. Now I have two Aida64 applications side by side.

In my case, i delete before the AIDA64 provided by the Jolla Store
(and i win a little place in datas-system)