Why are Sailfish X Licenses blocked outside "authorized countries"?

With much surprise it seems that despite all my careful research, I am unable to purchase a license in the US to unlock essential (to me) features - what is the reasoning behind this? The only thing I can guess is that the devices that support the OS don’t have stellar data coverage due to the bands they support, but this doesn’t take users into consideration who aren’t interested in using a SIM in their devices, preferring to use them on wifi, yet still looking to get android support and predictive text.

Even on this forum, which is recommended as the “official support” community and assumedly somewhat “staffed” by the offical Jolla team, I’ve found posts where interested buyers outside the authorized countries are directed to use a VPN as a workaround, which is clearly communicated on the Jolla site as prohibited.

If this process is indeed prohibited, why aren’t these posts removed? Furthermore, what’s the actual official reasoning behind why licenses cannot be purchased even if the buyer can sign off on foregoing support due to their country of origin? Nothing I can find on Google or in any of the legal documentation on the site actually explain why you can only purchase software licensing within a small handful of countries; you’d think this would be more clearly communicated/explained…?

Thanks, a little miffed to have been extremely patient and careful and yet now left with a sub par version of the OS due to where I live - I’d never even considered this would be an issue so I didn’t look into it

Jolla employees can never say “Here, break laws and have fun with our product”

When the Untied Kingdom broke with the European Union, Jolla could not legally sell their product there, some trade laws where not active anymore.
:

Has Jolla abandoned Sailors in the UK? General

Just visited https://shop.jolla.com/ to check the process for downloading a free version of Sailfish X. I’ve had Jolla/Sailfish since the Jolla One and have bought an Xperia 10ii in anticipation of the launch of Sailfish for the phone. I have an XA2 and Xperia 10 Plus both running 4.0 purchased with funds I have as a refund for the Jolla Tablets I ordered. I am a long term supporter and user of the OS. I was therefore shocked to see that the page for the Free version of Sailfish X now seems to…

When it became legal again: 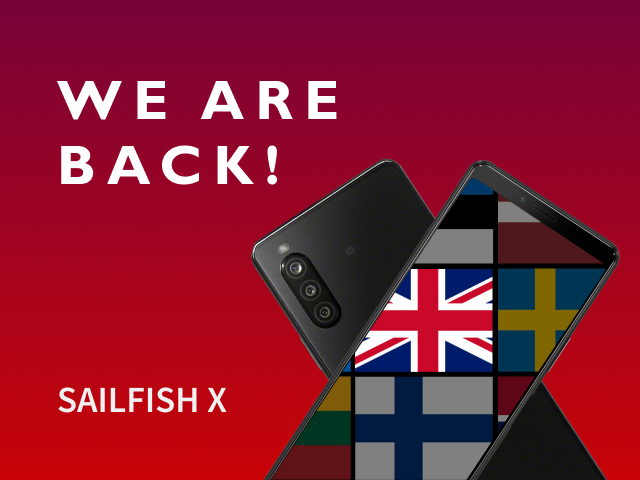 Last month, as part of our 10-year celebrations, we announced that we’re working to expand the Sailfish X availability to include new countries in addition to the current EU, Norway, and Switzerland. Now we have great news for you: we have re-opened...

Jolla as a company has to obey laws.

Users of Jolla`s product… well… obviously has to follow laws too. Some may choose not to, this is why news channels exist, but the chance of you appearing as headliner news because of you using VPN to get a Jolla license is… Slim to none… Or lower…

Take a deep breath. Calm down. Think outside the box.

Do you have a sim card in the phone? Can you make calls, receive and send sms’s and use mobile data?

Won’t that phone be linked to a Jolla account already?

It’s most likely not frequency bands but some stupid laws/regulations Jolla would have to follow to be able to sell their product in the US.
I’m pretty confident they could overcome this by hiring the right lawyers etc. but this would never be offset by the 5 licenses they may sell to US customers, especially with every carrier now requiring VoLTE support which is nor yet complete in SFOS.

I hate stupid geo blocks like everyone else but what’s the issue with using a VPN / Opera Browser?

Use a VPN to purchase a license from one of the supported countries, or have somebody that is physically in one of those countries purchase the license for you. The OS itself is not crippled in any way once you got a license, and there is no law that prohibits this to my knowledge.

Try the following, when buying license select that you are in European country, when I buy my license select spain and I am in Latin America, now I have been using sailfish os with license in my xperia xa2 plus for a few years. Aahh, I almost forgot, I also paid with PayPal☺

I also paid with PayPal

PayPal should work but US credit cards are not blocked either: 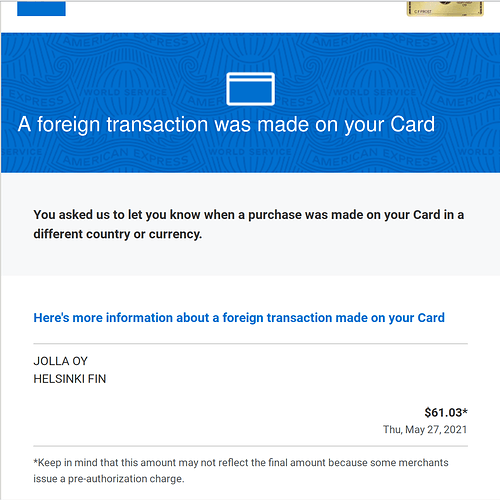 I wouldn’t let buying a license while listening to Italian Opera upset you. (For a while, I had one more cat than my city would allow without a special permit – so let’s keep that our secret.) For a completely clear conscience, you could book a short vacation in Ireland and bring home Sailfish X as a souvenir!

The real problem one would have using SFOS in the US is 3G shutdown without VOLTE support yet. Last I read that was on the Jolla roadmap for 2022, as was availability of Sailfish X licenses. I assume these things – if and when they happen – will happen simultaneously.

I’m on an AT&T MVNO, and voice stopped working on my Xperia 10 II last month, so I’m provisionally using a Pinephone with hardware support for VOLTE built in to the modem. I’m really missing using the Xperia, and really hope that “sometime in 2022” doesn’t mean next New Year’s Eve. I love SFOS, and the 10 II is a nice device, but this timeout is killing me. I don’t want you to be disappointed, so if you decide to get Sailfish X before it “drops” officially in the US, be prepared to not have normal voice service for a while . . .