So I bought an XA2, installed Sailfish X (free version to test) and I’ll go into the backup/restore problems later.

The browser crashes super easily and often won’t start again without a reboot. We know you can kill it from Crest et al but new users don’t. Nor do they have Sailfish Utilities.

Storeman is still excluded from the included apps and even the Store. This is unacceptable. Something needs to tell the user it has more apps.
The Windows-based installer should mention something about exporting data from Android before wiping your Android partition. Ideally have a way to import it to Sailfish.
Neither Notes nor the Media app are in the base installation. My solution to transferring my randomly-generated Jolla password over was storing it in Dropbox and accessing it via the browser.

There’s no opt out of automatically locking the phone, which is annoying. Also, minimum 8 digits – why? Make the minimum 2 and say 8 digits is a lot more secure.

Setting up a Google account is Alice in Wonderland crazy. It comes up zoomed out and non-zoomable, with the Accept button the size of a matchstick. I thought it was inactive for a while until I managed to click it with the tip of my little finger.

There’s no option to skip the tutorial (edit: there’s an unintuitive way, see below). I think this is the place to mention Storeman and how to get it from the Store (once approved). Store should offer it as one of the initial apps.

I restored my recent SF backup from my Moto G2 (2014) and it wouldn’t let me log into the Store, refusing to save the login details with the error “Oops, could not store app keys”.

I reinstalled, restored again and tried deleting my account. Upon trying to log in, it says I have the wrong username and password. I don’t. The very same username and password work fine in the SF browser on the very site they suggest (account.jolla. com – forum won’t let me post 3 links).
Creating a new account, there seems to be no problem except the phone says I’m not signed in. I go to sign in and it says “Oops, could not store app keys” again.

This is an odd error message that someone else had 5 years ago:
https://irclogs.sailfishos.org/logs/%23jollamobile/%23jollamobile.2015-04-01.log.html

So I flashed a 3rd time. Didn’t Restore, no problem whatsoever. Either Backup 3.3 or Restore 3.4 is borked.

If that sounds bad, before I reinstalled the first time, I reset from Settings and it nearly bricked the phone. It would no longer boot and took several attempts to get into fastboot mode.

Storeman can reinstall my apps when I finally get it installed, but there’s no way to transfer their data – which is quite poor. There’s a Zendesk article on how to do it but it’s app by app: https://jolla.zendesk.com/hc/en-us/articles/203412316-Backing-up-and-restoring-the-data-of-Harbour-apps

If I can recall correctly you can skip the tutorial by tapping the corners of the screen starting from top left and going clockwise. For the logging into store, sometimes rebooting the phone after restore helps, but it is known bug/“feature” that you have to go into accounts settings and in best case scenario re-enter all the passwords to them and in worst case scenario remove all the accounts and re-enter them.

I’m wrong about the scaling thing. It’s bad and it looks terrible on Google News page but it’s the same before and after restore. I’ve edited my post accordingly and added a couple of things.

From trial and error, skipping the tutorial is top right then clockwise.

BTW, I examined a couple of backup files and both tar and WinRAR report them as corrupted TARs.

@David there was an app called My Data Transfer before that was exactely designed to Backup Android part of Xperia X. But apparently the app just disappeared, don’t know why: 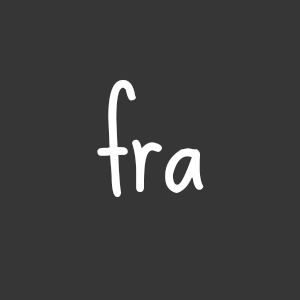 As far as I understood @fravaccaro stopped maintaining his apps due to lack of time or motivation and removed all of his apps from Openrepos and removed all the GitHub-repositories as well.

This is what Google News looks like under the updated Browser in 3.4 (https://news.google.com/) and is why I thought the scaling had broken. The page doesn’t even load properly, stopping after a few stories. It looks pretty normal in 3.3.
But I haven’t seen any other messed up pages yet – not that I’ve looked much. 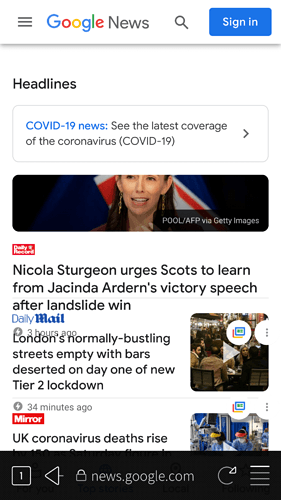 I’ve traced the problem (or rather read it on here).

Sailfish has full tar. Sailfish X has Busybox tar, which can’t deal with the tar that ordinary Sailfish Backup creates.

For whatever reason, this makes it possible to create accounts again.