The thing is, on Sailfish X instructions page for Sony Xperia 10, for example, there are no specific model numbers stated. Therefore it is unclear, will it be possible at all🤔

I am sure you know this already, but for anyone coming across this, this is the authoritative source about supported models I think: 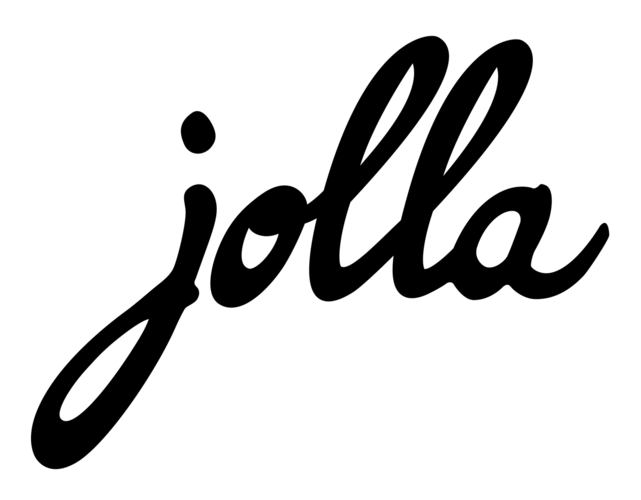 Sailfish X: for which device models is it available?

And it is specific about the Xperia 10 models as well.

Well, I don’t know it (haven’t tried yet). So, you mean that this SO-41A model is both clearly unsupported and can’t be used for Sailfish X at all, right? I mean not only official support, but also technical possibility

According to this website; Sony Xperia 10 II Full Specifications | UnbxTech they are the same thing as XQ-AU52 & XQ-AU51, just that yours is a variant for Japanese market…?, if it were me, I’d try it, you’ll soon find out. As the specs appear to be the same, I would hazard a guess and say it is technically possible…just my 2 penneth.

Well, sure, you are right that I could try… I’m just afraid to brick the device. And therefore asking here

Well, it’s pretty clear which variations are supported, XQ-AU51 & XQ-AU52, as stated here; How to install Sailfish X on Xperia™ 10 II on Windows - Jolla under “What you need to begin”.

My guess is, that which is not included, is excluded, aka, not officially supported. I fully understand you do not want to brick your device, that is a wish we all have, but then, there will always be an inherent danger of paper weight production when ‘playing’ with hardware in such a way.

If you want a more concrete answer, contact Jolla directly, otherwise, all you are largely going to get here on the forum, are opinions, like mine…I think they will say no, simply because it is not stated anywhere else, although a mention of support for the Xperia III was noted.

And the answer is: YES! Yes, Sailfish OS can be installed on Sony Xperia 10 ii SO-41A! (tested with OS version 4.4.0.58) So far everything is running great (although the device froze after the initial setup and instructions, but got back to normal after reboot).

So, to install the OS on this model, one needs to download the version for XQ-AU51 (as it is a single-SIM phone) and follow the same instructions as for the usual model, but prior the stage 8 the .bat file needs to be edited, so that commands work for SO-41A:

So this is based on communication with Jolla, and it should also be mentioned that installation on this model is done “entirely at the user’s own risk”.

P.S. Some device’s photos of the happy owner: 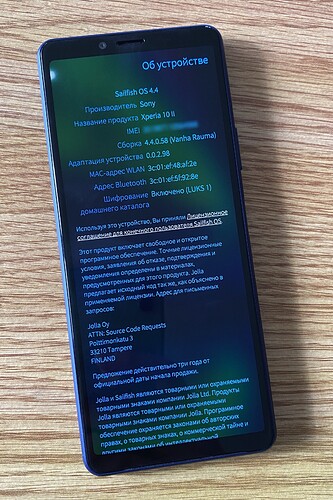 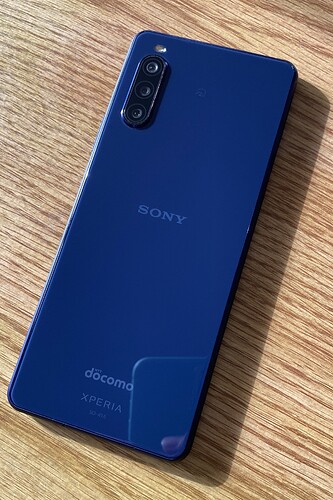 Great stuff!, glad you worked it out!, well done