'Buy one get one free' licence promo status

This offer is going to expire by the end of June, meaning that one has to ‘buy’ the second licence by then, which requires deciding on which device model to use it on.

can Jolla please inform which exactly device models are going to get VoLTE? Because that’s the key choosing factor at the moment.

If you still don’t know, can you please consider extending the validity period of those licence redeem codes by the time you’ll have decided on that?

The current status is that VoLTE is available in beta form for the Xperia 10 III, and we’ve also said that we aim to to roll out support for the Xperia 10 II after further testing is complete. We’ve not made any commitments one way or the other in relation to other devices.

As you point out, the Xmas 2021 “Buy one get one free” vouchers are valid until 30 June 2022, and there’s not currently any plan for that to change.

vouchers are valid until 30 June 2022, and there’s not currently any plan for that to change.

That’s very sad, because this leaves very little time to make the decision which phone model (Mark II or III) to choose, and then - which may turn out to be even more difficult - to obtain it. On some markets the X10 III is quite hard to get for a reasonable price, and the X10 II is equally hard to find in a satisfactory condition that guarantees a few years of use.

A couple of months ago you were saying that due to so lengthy delay in introducing the X10 III support you were seriously considering to “reasonably extend” that voucher expiry date.

Only six weeks left after the much delayed introduction of X10 III support really isn’t enough, especially that its VoLTE support still is early beta and VoLTE support for the X10 II is still non-existent.

So please rethink your decision in this regard so that we can have enough time to comfortably choose and find the device and then activate the right licence for it. At least until the promised VoLTE support is available for both the X10 III and the X10 II, so that one can have a clear and certain choice.

It was always our intention to allow the vouchers to cover the Xperia 10 III launch, and with still over a month before the vouchers expire, the decision was made not to extend them further.

I hear what you’re saying, and I appreciate that we all want as much information as possible to make the best buying decision. I can also say that I’ll by happy to put forwards the case you’re making if this comes up internally.

Speaking personally, and with the caveat that I don’t know your full situation, my advice for what it’s worth would be to make your decision on the best information available while the voucher is still valid; best not to assume that the voucher deadline will be extended.

Well, sorry for being such a moaner, but extending the voucher expiry date would impose absolutely no cost or actually any other side effect to Jolla, as the promotion has been long over, anyway. So the number of licences bought in that promotion is a constant and will remain the same, no matter if the voucher expires in June or October.

So I would say that it is a matter of merely doing a favor, especially in the circumstances of much delayed X10 III and VoLTE support.

I could not find the X10 Mk III cheaper than 400 Euros (brand new). Used units (very rare) are not much cheaper, around €350. Whereas the X10 Mk II in pristine condition can sometimes be found for around €200, or even less. So it is a huge difference, especially if one doesn’t need any gimmicks, just a solid device. And with the camera support and a number of other features of the Mk III being currently crippled/restricted in SFOS anyway, having to get the Mk III is actually paying double the price for nothing.

The most important factor is - obviously - VoLTE support. I have been holding on for so long with that second licence because I hoped that by the voucher’s expiry date you would make it clear for us if and when VoLTE would be offered for the X10 II, so that I could make a conscious choice whether to choose twice cheaper (and feature wise not much different) X10 II or pay double the price for Mk III. But VoLTE support for the X10 II still remains in the “some day we should be able to do it” phase, meaning that there is a risk in choosing the Mk II and possibly soon ending up with a VoLTE-less, i.e. useless, device. In other words, you’re kind of enforcing buying the Mk III this way.

I guess that majority of us users have been quite understanding for all the problems and delays, so why not repay us with such a merely a nice gesture that wouldn’t impose any cost to Jolla.

This is not about the cost of the licence (which I consider a way of supporting you, anyway), it is about +€200 to pay for the Mk III, which I would very much love to save if I only knew that the X10 would also get VoLTE. And I won’t know it by the voucher expiry date, if you don’t extend it.

Got mine the other day, from Elisa.

Surprisingly it might indeed be among best prices in the region right now. I obv googled around and even Amazon only had 400+ offers.

I’m not sure yet what I’ll do with my X10 II once I migrate. These Sony devices are starting to pile up in the shelf

From announcement, though, it seems X10 III is a significant performance boost, making it the clear choice to get, unless 100+ € is a bank breaker.

it seems X10 III is a significant performance boost

Sure it is. But the question is if anything on SFOS (either a built-in function or a 3rd party app) actually needs or is able to utilize such performance boost.

Anyway, as there are no further comments from @flypig, I assume that this discussion is in vain anyway as Jolla apparently isn’t going to make such a small gesture and extend the expiry date of the voucher, despite it being their fault/delay that we still don’t know whether the X10 II will eventually support VoLTE and when.

as there are no further comments from @flypig

If anything changes, I’ll certainly let you know by posting here.

@flypig With only one week left until the voucher expiration date, and with still no information about VoLTE support for the 10 II, I assume that there won’t be any reaction regarding this request? 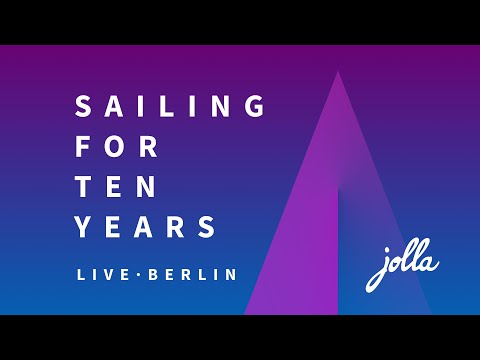 Note that this was seven months ago and things have changed, goalposts move, it may be that the 10 III got ?priority? (My guess)

Also note the this video.

You do realize it was only ever about people not holding of on licensing current devices when they knew the 10 III is around the corner? That it applied for any other devices is basically all bonus. It is just you that are inserting the 10 II into the mix. Arguing about terms like this, and 5 times over, is petty.

I suspect the old telephony setup hit a snag on the III and they saw moving to the new one immediately as a quicker fix.

Also it makes commercial sense to put the newest features on the newest phone first. It would perhaps seem a bit odd to have such new features on an old phone, but not on your newest ‘flagship’ model - which is obviously the X10 III at the moment.

And it worked, at least with me. I’ve retired my trusty XA2 as ‘spare phone’ and bought a new X10 III and license, specifically because it would get, and has now got, VoLTE first.

Did I receive this voucher too?
Got several licenses and Jolla phones and bought my last license X10ii about 6 month ago, I guess…
I’d obtain an official license for my Gemini in this case (currently using the free release).

I assume that there won’t be any reaction regarding this request?

Thanks for prodding me for an update. At least to the best of my knowledge the situation remains the same, in that I’m not aware of any plan to extend the expiry date of the vouchers.

I’m very happy to recap the situation with regards to VoLTE as well, which is that it remains available in beta form for the Xperia 10 III, that we hope to roll out support for the Xperia 10 II but haven’t released any firm timetable for this, and that we’ve not made any commitments one way or the other in relation to other devices.

I understand this may make your decision challenging, but I hope you’re able to use the information you have.

What do you mean by “arguing”?

Now that there are only a few days left to obtain the licence (and thus choose the phone model), I merely asked if I should assume that there won’t be any further reaction. Considering that Jolla probably have many other things to do, I thought it might be worth reminding about it before it expires. And I did it in a thread sacrificed to this very topic (that you really didn’t need to pay any attention to if it isn’t of your interest or even clearly annoys you), so I don’t think it spoiled any other discussions. Moreover, as you may have noticed, I addressed my question to a specific Jolla person, so maybe in the future you could refrain from speaking on their behalf.

Thanks for prodding me for an update.

Thank you for your exhaustive answer.