I have both a dropbox and a onedrive account configured on my SFOS XA2. Settings/Backup is configured to automatically backup to the dropbox account: 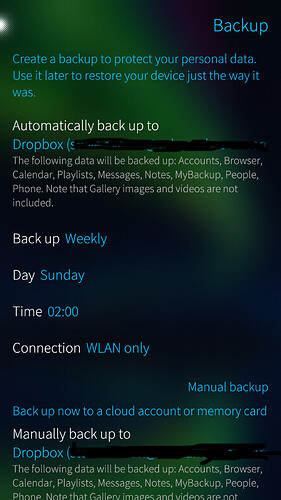 What actually happens is that the system tries, and then fails, to automatically backup to the Onedrive account, even though this is not configured as such: 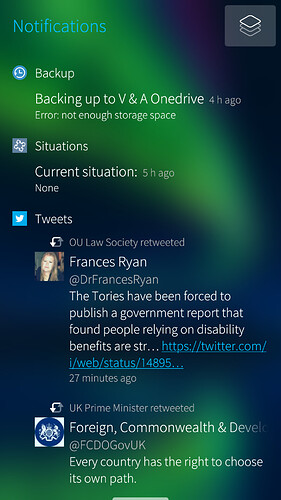 Furthermore, the error message is inaccurate - there is plenty of free space on my OneDrive account (about 4Gb - I only have the free version) and also on my phone (4.8Gb) for any temporary files the backup might create before uploading to the cloud. I have close to 800Gb free on Dropbox (I have the paid version), and if I manually initiate the backup to Dropbox it works just fine. If I look on Dropbox then the size of the last manually created backup was just 1.7Mb.

It backs up to the chosen target

It tries to backup to the wrong target.