Apple says to “protect children,” they’re updating every iPhone to continuously compare your photos and cloud storage against a secret blacklist. If it finds a hit, they call the cops. 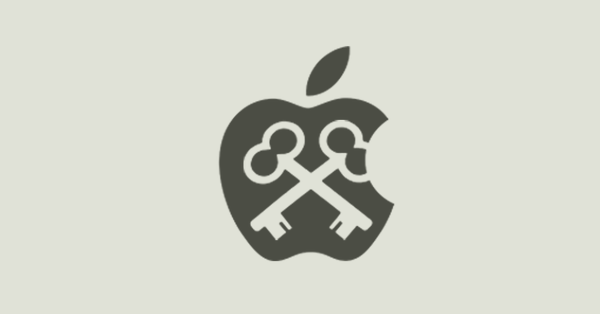 🚨🚨 Apple says to "protect children," they're updating every iPhone to continuously compare your photos and cloud storage against a secret blacklist. If it finds a hit, they call the cops. iOS will also tell your parents if you view a nude in iMessage. https://t.co/VZCTsrVnnc

Looking through this thread it’s shocking to see how few people ever heard of any alternatives to Apple phones.

Walled gardens, once you are in they can closeup all freedom…

Exactly.
It’s, of course, all done only to protect the children - for now. 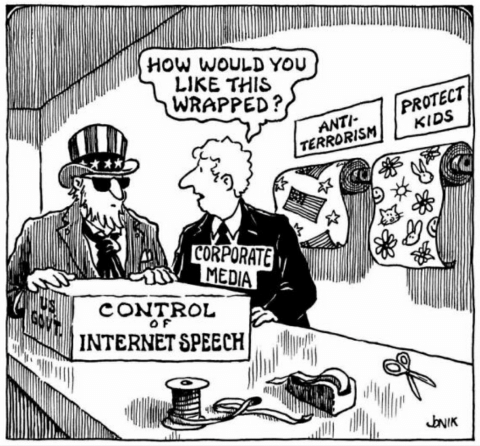 Proof that we need SFOS more than ever! It’s such a great OS

This is crazy sh1t. And the daft thing is there are actually some normal people in favour of it!

Can’t wait to go back to Sailfish soon

the daft thing is there are actually some normal people in favour of it!

The framing is clearly intended to make it more palatable to regular people who may not be thinking through all the implications this will come with.
Who would like to defend such deplorable individuals like consumers/creators of CSAM, after all.

Well, I am not at all surprised. I went to a seminar pre-lockdown (when you could physically go to such things!) on information security and they were saying that both IOS and Android can continue to track your location via GPS even if you have location services switched off - apparently for some diagnostic purposes.

Everybody will have strong views on this and privacy in general.

Some will say that its an unacceptable erosion of privacy rights, whilst others will say that if it helps catch and convict paedophiles, child abusers, etc then that can only be a good thing. I guess the basic issue is that as technology advances and criminals find ever more inventive ways of exploiting it and hiding their criminal activity, then the companies supplying that technology have to develop ever more draconian ways of catching them.

Yet another group of people will say that it is your choice to have a smartphone, tablet, or whatever - so the price of this choice and the resulting convenience is far less privacy and more state/corporation control over this.

I live in the UK where London, as the capital city, has more CCTV cameras than any other comparable city in the world. Research done a few years back showed that walking a mile in London you would, on average, be filmed by around 14 different CCTV cameras on your journey - pretty much logging every step you took from your start point to your destination.

Perhaps real privacy is now only an illusion and has been so now for a very long time.

Generally speaking this is a devillish dilemma, for child abuse is horrible, damaging and traumatic. We need to protect our children, because they can’t do that themselves.
If some tool like Tutanota mail is encrypted and the police suspects that a wanted terrorist is using it, a judge can order to open it up. Only in special cases Tutanota will do that.
What happens now is that Apple places itself on the chair of the police and the judge. That is not right. The side effect is that the privacy of all people will be violated while only some are taking and sharing pictures with child abuse. In the meantime the whole internet is partly a dark place, not only with child abuse, but also with other criminal activities, with fake news, with provoking violence. ‘The net is broken’ some say, ‘it’s not what is was meant to be’. Perhaps initially enthousiasts were too naïve. Because it reflects on a huge scale how humans are.
Yet privacy is important enough to battle for. It is neccessary in order to become an adult.

If some tool like Tutanota mail is encrypted and the police suspects that a wanted terrorist is using it, a judge can order to open it up. Only in special cases Tutanota will do that.

And even when a judge makes such an order it can be appealed, delayed, and ultimately refused. There was a recent case on this where the US FBI applied to have a suspected serial child rapist’s iPhone unlocked so that they could retrieve video evidence of the crimes which they reasonably believed to be on the phone. Apple appealed stating that this would be an invasion of privacy and would also involve revealing their technology to a Government organisation.

But what is more important - the suspected criminal’s right to privacy, or the ability to obtain evidence that could potentially put a serial child rapist behind bars? A devilish dilemma indeed.

There are also numerous other cases where governments have tried to gain backdoor access to encryption technology used in messaging to help them fight terrorism. Again, an invasion of privacy or a legitimate need? In law there is always support for the overriding public concern against the singular rights of an individual - for Star Trek fans: “The needs of the many outweigh the needs of the few or the one”!

There are no right answers, only the least wrong ones.

I guess what makes some people concerned is that there is a slight difference between going through phones of specific individuals after a search warrant has been issued which, at least theoretically, should ensure the accusations brought up against them would have some merit vs. combing though devices of innocent users in the hope of finding any incriminating evidence. Older people may remember long ago there once was a now largely forgotten legal standard: “innocent until proven guilty”

Innocent until proven guilty is still the legal standard in every reputable legal jurisdiction but there are always difficulties. With search warrants the target of the search warrant will often have prior warning that a warrant is to be issued against him or her - potentially allowing them to destroy evidence of criminality before it can be found. Most jurisdictions now have what are called ‘Anton Piller Orders’ which are a legal mechanism, authorised by a judge in camera, to carry out surprise searches and seizures to prevent the destruction of evidence where the judge believes there is a credible risk of this. And just because evidence is found it doesn’t automatically mean that the person concerned is guilty - he or she still has to be convicted in a court by a jury to the evidential standard of beyond reasonable doubt.

The trouble is that the privacy thing rears its head everywhere and there is no easy solution.

So, for example, would you support the judicial process being open, transparent and subject to outside scrutiny, rather than being carried out in secret and behind closed doors?

Of course you would, because that helps ensure that it is fair, unbiased and not open to undue manipulation or influence.

But what about sexual offence cases? Here just the accusation of child abuse, or rape, etc can ruin that individual’s life, career, marriage forever - even if when the case comes to trial that person is found to be totally innocent of the crime he or she is accused of. But by that time it is too late and the damage is done.

So again, does the individual’s right to privacy get trumped by a wider public concern that justice needs to be done and seen to be done?

Personally I am totally against uncontrolled ‘fishing expeditions’ to find evidence where there is no credible reason to believe that such evidence even exists, but I do understand the argument that technological developments need to keep pace and adapt to address the increasing use of technology by criminals to carry out crime and hide the evidence of that crime.

As a final example, I recently worked on a fraud case involving crypto-currency (bitcoin). Here it was child’s play to hide evidence of illegal profits - there are no banks, no overall management, and no names associated with Bitcoin accounts - so it is difficult to regulate. Because evidence can be hidden in an anonymous and highly fragmented manner across many servers in different countries it is highly susceptible to fraud. This is a brilliant example of where criminals can easily exploit new technology and where law enforcement has yet to catch up in any meaningful way.

I agree, and therefore Apple’s move is not a good one. It makes all users of iOS vulnerable and gives Apple too much power… This could also be a forebode of more. In individual cases however devices should be opened, but only in a lawful way.

It may well all sort itself out in the end. I remember when Whatsapp changed its terms of service to allow them to share user’s information with Facebook (same company now of course) literally millions of users left Whatsapp for more privacy focussed alternatives. Perhaps this will happen with IOS as well - people will vote with their feet and move to different platforms. Maybe this will be the catalyst that breaks the duopoly - who knows - Apple’s dominance won’t last forever, nothing ever does.

The average Apple user won’t give a shit. They don’t care about privacy either way. Only the ones that do illegal stuff will move away from that ecosystem.

The average Apple user won’t give a shit. They don’t care about privacy either way.

Well. if only 1% would change it would still make a huge difference in absolute numbers.

The average Apple user won’t give a shit. They don’t care about privacy either way. Only the ones that do illegal stuff will move away from that ecosystem.

It depends upon how it all plays out in the media. If there is enough controversy, such as with the Whatsapp changes, then maybe the average user will sit up and take note. But if it is just a small-print change in Apple’s terms & Conditions of usage, which of course hardly any average user ever reads, then you may well be right.

Alternatively, maybe its not that the average user doesn’t care, but that he/she is prepared to sacrifice a level of privacy for the continued use and convenience of owning an Apple iPhone which ‘just works’ for them day-in day-out.

Or maybe the average user has no choice because their phone is mandated by their job, or …

Alternatively, maybe its not that the average user doesn’t care, but that he/she is prepared to sacrifice a level of privacy for the continued use and convenience of owning an Apple iPhone which ‘just works’ for them day-in day-out.

Its a mix i think. Many don’t care/understand, others care about the convenience -which is something SFOS is missing-, others need certain apps and so on. As i said only those who do something illegal might “care” enough for a change like that to move away.

Well, Spock’s sacrifice for the many was voluntary, and it occurred totally coincidentally with me getting popcorn salt in both eyes.

With the recent EU law about scanning private messages, can’t wait for someone to leak the hashes of the DB they are using and people to prank others sending messages containing collided hashes (either through whatsapps or to iphones in US, edit: either prank or to get access to someone’s whole history/device I guess, 3 letter agency ‘prank’)