I bought mine with UT.
But I had to install Volla OS to use the AndroidBootManager.

To install AndroidBootManager on VollaOS (at this stage) it is also neccessary to root your phone.
This would void warranty and you should backup your phone (including nvram partition) to void bricking the phone

. (help and instructions in the AndroidBootManager-Telegram Channel: https://t.me/andbootmgr )
(Maybe this issue will change when ABM becomes official- actually it’s at beta-test)

Couldn’t Jolla just include Volla in its Xperia X program. I don’t think that Sony is paying any license fees to Jolla. Okay, Sony offered the Open Device program to Jolla, what actually made the Xperia X program possible. But for the situation with Volla it would be the same. A win win situation. I like the concept of Volla OS its minimalistic approach and the focus on the important stuff. But it stays an Android-fork, and since we don’t know how much data still flows to Google, SFOS would be a great alternative. Sailfish OS needs devices, Volla promotes privacy, so to make their customers happy, they have to offer it with hard and software, remember Blackberry. Volla phone could make a huge advertising for Sailfish os. So why stand on the license fees. If a state, or other big corporation wants to use the software it makes sense. But here, they would bite in their own foot. So please @jovirkku overthink the whole situation only with a broader userbase, SFOS has the possibility to get importance in the market. As soon as SFOS will be seen in the mobile devices market share, people will take it seriously, and consider it an alternative, but as long as it doesn’t appear their, most people will not even know from the existence. We are living in a Gapple world. Younger generations might even don’t know Symbian, Bada, Winphone, Webos, Blackberry OS. So for the sake of multilateral market with mobile OSes we need SFOS to succeed.

The Volla Phone sounds interesting.
I think Jolla should work with a hardware manufacturer together like Volla does with Gigaset. There are confessions from both sides.
The relationship with Sony, if you can call it a relationship, seems to me to be more of a one-way street. Sony offers the Open Device program and Jolla chases after the hardware announcements and discontinuations.

i did some reading and watching
volla is happy if they can sell 20.000 devices
they did even look for an hw adaptation engineer with sfos experience

did order one, lets see what happens

I think Jolla should work with a hardware manufacturer together

Well, they did with the Jolla phones and went bankrupt.
X10 II will come and I am absolutely not unhappy that the hardware is one generation behind. It does not matter at all with the thrilling power SoCs have nowerdays.
My old Mi Mix and Mi 8 (>5years old) are still fast as hell, so are my two X10.
Just put a Jolla sticker over the Sony logo 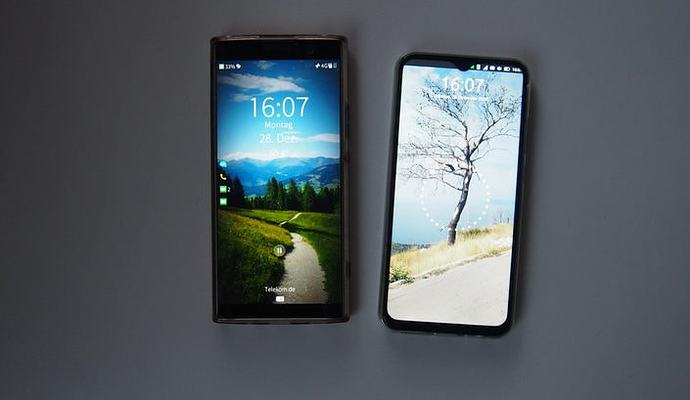 yes they did and they did with the tablet too, which was an adaptation of an existing tablet.

but the comment was not about doing an own device again, but to cooperate with volla or gigaset.

i was very happy with xperia x, but x10 was disappointing
sfos is much more stable then it was 2 years back, so hope its fluent on volla

I did not use SFOS before X10 but I do think that smartphones were much cooler > 5 years ago, many form factors to choose from. Now everything looks the same and there is a reason for that: Foxconn. They save huge amounts of money with almost identically constructed phones. iPhones and Xiaomis Mi line even share the same construction lane

i don’t expect much from a phone: x was still fully functional after 3 years and then i let it fall and destroyed it completely during the second display change

now my x10 has after <2 years a non working camera, the display issues and a break in the plastic hull
the battery life was also better with xperia x

planned obsolescence. I opened beer bottles with my Lumia 920, my children threw it around the room in their baby anger… good times. It still works. No more hard polycarbonate phone bricks, not even aluminium blocks: thin plastic or glass backsides… or chipping ceramic edges

Took a bit, but I figured it out. SFOS requires and android install first. So, if you start from UT, first do an android (Volla

) install and then you can do SFOS.

I found, repeatedly that I had to install Volla’s image 2. The first time I’d always end up in a TWRP boot loop. But I’m no android expert.

Sadly, the original Jolla phone was a piece of Garbage. I still have two around for hacking a bit, but wasn’t happy.

SFOS on Volla is great! The only problem is the lack of one very important app. A modern web browser.

I’m thinking of taking on that (or helping the developer of the Pirate Browser), but I’m unsure I’ll have the time.

Of the OS options around, SFOS is by far the best.

A german developer has even done some recent stuff like a telegram client. Signal would be another project I’d love to do, but fear the time commitment.

After upgrading my Phone screen goes black after 1 Minute of usage and phone is not operable any more.
Seems like displaymanager crashes afer a while after upgrading via OTA?!?

I’m using SFOS on the Phone installed as second OS on SD-Card (with ABM). Not as primary OS on EMMC.

You need to wait for the port to upgrade to 4.0.1 otherwise yeah you broke your installation as the HAL is still on 3.4 or deleted completely