It’s kinda sustainability / accountability outsourcing, which is not quite as scary as Functional Safety outsourcing.

Yes, and the same as the newest Volla Phone too. That one has a red on/off button and Rehone has a green button and the battery of the Rephone is green coloured.These seems to be the only differences, besides the price, which is higher than the original GigasetGS5.
Jolla could make an appointment with Gigset in order to create a Jolla 2.
.

It looks like a rebranded Gigaset GS5. Rephone says parts are not glued but screwed. Gigaset doesn’t mention that, yet it offers a repair service.

Given there are now two re-branders, and given relatively good performance (haven’t been able to compare to xperia 10iii yet) I’m considering doing it myself

I wonder what numbers you’d have to order

The backside differs also from GS5 and Volla 22.
Rephone has a quite chunky, edgy backside while the others have rounded sides and a flat back. Apparently one can customise a device in coöperation with Gigaset.

Somehow its OT, but: Could be a project for this cooperative Interest to create a cooperative.

On the one hand for finding a nice solution with Gigaset, on the other hand with Jolla. Probably it could be some how a mixed effort between Community and Jolla to have a very nice port and somehow it could be sold with “official” SFOS license? (Perhaps only for cooperative members, to simplify warranty things?)

I like the idea of a coöperative. What do you have in mind? With a regular fee? Is this for ordinary customers too? I am no dev.

sd card support and change battery only
this is good

Well, currently on SFOS it doesn’t really matter if the hardware supports 5G or not.

on Rephone would be running sailfish port?

I think it is marketing, but no prove for the one or the other

I do not trust the Germans since 10y ago - they started cheating on any level - selling goods produced in China as “designed in Germany” or “German quality” or “Assembled in Germany” - only dirty tricks to drain money from customers. We avoid buying German goods and AFAIK we are not the only one.
I am not aware of any German factory capable of producing mobile phones (the printed board), but I did not research deliberately on that topic.

In any case it is good to have more FAIR competition.

@piggz is making progress on the volla 22 which appears to be the same phone. so in the near term, it’d be a port.

Heh. Well, they do actually do a large part of manufacturing in Bocholt. If I remember correctly, Gigaset was spun out of Siemens and some years ago majority purchased by a Hong Kong investment umbrella corp. So, Gigaset is actually a Chinese company

But for all the green washing they may do, there is more truth to their claims than those ‘designed in’ types of claims. I’m probably being naive, but would prefer to put my money into efforts to get local production back.

I’d also buy STM (franco-italian chip manufacturer) since they are investing quite heavily in European production. Even companies like Bosch, which have been shifting to China for decades are beginning to build (Berlin) again.

I’d also buy made in France or Italy. But the closer to home, the better, or?

Ah thanks for the link -now the picture is much better
so a lot is being produced in and imported from China - this Gigaset company seems to be Trojan horse for the Chinese to the EU market. It would be interesting to know more about the numbers (turn over selling etc), because I see they are reducing the workers anyway, which seems to be classical draining

when I read the wording “in Deutschland zusammengebaut” which is translated as “assembled in Germany” I can imagine, that they produce all the parts in China and put them together in Germany 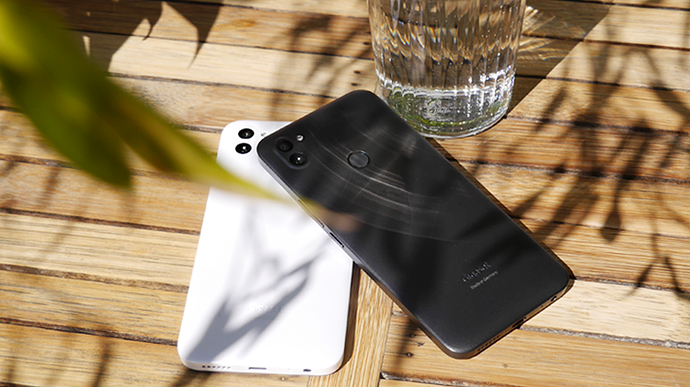 And again it is being advertised as made in Germany while it is actually assembled in Germany - and the CPU is MediaTek - Taiwanese company. I am almost 100% sure that non of the electronic parts is produced in the EU.
It is just a cheap German-Chinese scam for naive Europeans (sorry for this folks I am not convinced at all)
Look at their job positions Stellenanzeigen | Gigaset
As usual it is a local management and probably some low level workers - not sure if even this is possible in the 900 employees they announce.

No, it is not Abzocke! Software development is expensive. Volla is a startup which does not sell millions of device. Furthermore they support ubports and others developers to bring different OSes on their devices.

Without Volla and Piggz there wouldnt be SFOS, Ubports, Droidian etc… for the Gigaset devices.

omg, then buy another “chinese” phone. As far as I know you can’t produce a 100 % made in Germany or Europe electronic product anymore. Welcome to the globalized world.

I know just one company which produces nearly all parts in Germany. That’s Vorwerk. The consequence is that a Vorwerk vacuum cleaner costs about 900 €. And even in the case of Vorwerk I imagine that they buy chipsets and semiconductors somewhere in Asia.

True, however the claim was made that this is made in Europe and Green …

In fact I know only of https://ats.net/ in EU which is now expanding production capacity as we head difficult times. But no one can make the chips that TSMC is producing - this is a huge problem globally.