BT in a target rich environment

I visited a Best Buy yesterday … I turned on BT, because I wanted to try the new Apple HeadPhones which had sounded monumentally shitty in the Apple Store, I expect because they were streaming massively compressed music from an iPad.

I have uncompressed music on my SFOS device, so there is only BT degradation to deal with and I can make A:B comparisons with headphones (Nura - wired & BT) and wired buds (Shure).

The list of BT devices shown was endless, and the list kept refreshing and getting larger/smaller constantly and in the end, even though the device I wanted flashed by occasionally, I was never able to connect to it, so I have no idea if SFOS would even connect. The lagging while BT search was overloaded did not help matters, making scrolling impossible.

I would guess <= half of the devices identified themselves by name at any moment and the rest were just the BT ID.

My first suggestion would be adding 2 options.

1: Limit the list entries to only those that have identified themselves by some name
2: Sort options (a) Signal strength (b) Alphabetical

I am am sure there are people here who have better idea.

Edit: I guess this should have been in feature requests, so people wouldn’t be confused.

You know that’s a very bad idea to start with… right ?!
Aside from the many exisiting Bluetooth issues related topics!

My advice : Skip Apple and buy something totally different!

So, you ignored the purpose of the post, which I will herewith summarise as →

… and went on a corporate political tirade unrelated to the point.

Since my post explicitly stated I had at least two other listening options from Nura and Shure, your admonition to “buy something totally different” seems to indicate you didn’t read the post at all, and were merely “triggered” by the mention of Apple and your antipathy to that company and its products compelled your irrelevant response.

Try reading my post and replacing “new Apple HeadPhones which had sounded monumentally shitty in the Apple Store” with the name of your favourite headphones, and see how the post reads.

Were I able to flag this post as “unhelpful”, I would.

OK, maybe these guys are more helpfull then : https://www.howtogeek.com/338750/whats-the-difference-between-bluetooth-a2dp-and-aptx/

1: Limit the list entries to only those that have identified themselves by some name

A bad idea for those devices that you want to connect to, but do not advertise the name.

Sorting by signal strength is the most logical choice. For other choices you need a button in the settings or else the average user would be confused.

Well, Bluetooth is a beehive of problems. 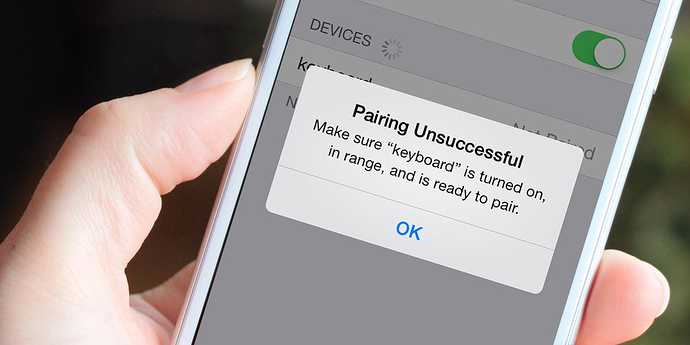 Why does Bluetooth still suck?

Bluetooth has been around for over 20 years, but it still results in sudden disconnections and poor quality. Here's why.

I won’t be rude, because an XKCD reference is always appreciated, however …

Which part of “option” was difficult?

And while BT has always had issues (I have posted on such things before), my original post here has absolutely nothing to do with actual BT connectivity. Zilch.

Please try reading my original post and my response that followed for the short version.

I am sorry but you are addressing people you want to help you in an inappropriate manor.
I personally would understand anyone who gives a pile of fish on your problem.

Thanks for that link, read and understood.

It’s NOT my problem.

It is an observation of current functionality, why it’s suboptimal and how I stumbled upon it.

/OT
I am perfectly capable of insulting the alternatively gifted, trolls and the comprehension impaired quite capably should I wish to do so. That I have but politely impugned the vocabulary skills of a single poster, is hardly warranting of an accusation of me being “rude”

For non-English speakers, all manor of grammar and spelling errors are instantly forgiven.

But hey … hope y’all had a happy New Year.